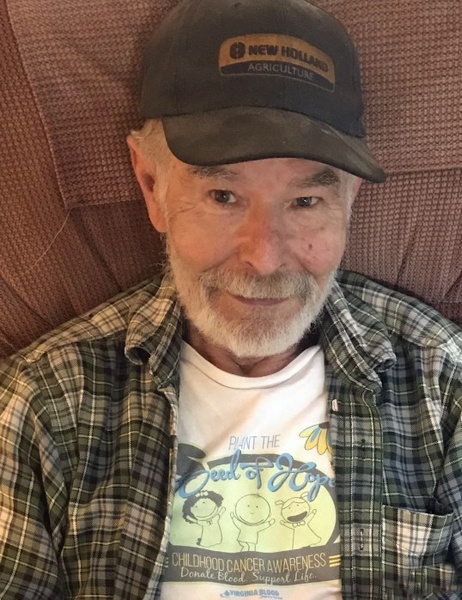 Floyd Douglas Smith, known locally as “Doug”, passed from this life January 15, 2022, surrounded by his wife Caroline; daughter, Laura with her partner, Audrey; daughter, Robin with her son, Daniel.  Robin’s husband, Richard and daughter, Caroline stayed home in India and followed the journey by phone.

After the family moved to Highland County in 1996, he found a way to make creative use of the music he had collected all his life.

He was Caroline’s beloved husband for 39 years. Laura and Robin adored him as their dad, and he returned the feeling times ten (or more). As children, they loved his goofy and creative sides.

Doug described himself as a rut man, meaning that he worked many hours a week at the business he and his brother owned and nothing else. That all changed when he got married and the children entered his life. He appeared on stage--memorizing lines, singing and dancing—because Caroline staged plays. His life was characterized by acts that surprised him and moved him out of a predictable place.

Born November 13, 1943, Doug was a son of the late Floyd Lambert and Faye (Mallick) Smith.  In addition to his parents, he was predeceased by his brother, Dan.

A very generous man, Doug spent most of his life quietly supporting those around him and to honor that sentiment his family gave him his fondest wish, of spending his last days at home and receiving a natural burial in the Wade Family Cemetery located on his farm.

There will be a memorial service held during fundraising week for Allegheny Mountain Radio.  Memorial donations may be made to the radio station and sent to 9836 Brown’s Creek Road, Dunmore, WV 24934

A Memorial Tree was planted for Floyd "Doug"

To order memorial trees or send flowers to the family in memory of Floyd "Doug" Smith, please visit our flower store.