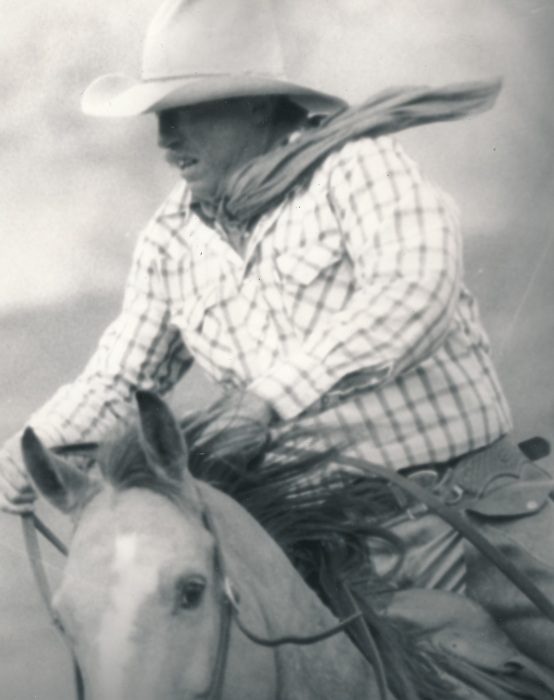 Note: Those attending the service are encouraged to arrive no later than 12:45 p.m. and wear waterproof boots as well as warm clothing.

Boyd Wilson “Steve” Stephenson Jr., 73, of West Augusta passed away, Saturday, November 20, 2021 at his home with his family by his side.

He was born in Staunton, November 14, 1948 a son of Dorothy “Dot” Jean (Colaw) Shepherd of Staunton and formerly Monterey, and the late Boyd Wilson Stephenson.

Steve was a veteran, a cowboy, and one tough son of a gun. He grew up at "Glenwood," the family farm located in Vanderpool. As a young child, you'd find him atop a tractor in the hayfield, fishing in the river, or riding his favorite steeds, a Pinto pony named "Big Boy" or the family's Morgan horse called "Ace." His teenage years saw him riding in horse shows, working the farm, and occasionally racing his Chevelle down Colaw Straight Stretch with a willing (or maybe unwilling) passenger.

After graduating, Steve joined the Navy. He went to boot camp at Great Lakes, Michigan, and became an aviation electrician. He was posted at the Naval Station Oceana in Norfolk, Virginia, before serving in Jacksonville and Key West, Florida. He served aboard the USS Forrestal, one of the first super-carriers during Vietnam, and sailed upon her during a Mediterranean Cruise - her first run out of dry dock after the infamous Zippo fire in 1967. During his time on the Forrestal, he served on Fighter Squadron VF-11 and worked on the flight deck as a Green Shirt.

Following his service, Steve moved back to Highland County, to his wife, Crystal, and, shortly thereafter, established his own electrical business. That time also brought along his first child, Crysta Marie, which he lovingly dubbed "Sugar Bear."  Steve's electrical business grew, but several years later, he decided to pursue his long-time dream of running cattle on his family's land.

In 1984, he welcomed his second daughter, Dorothy Anita, and soon after established Glenwood Cattle Company, which would become one of the largest cattle operations in Highland County's history. He was a member of the American Quarter Horse Association and earned his 20-year breeder certificate. He ran cattle right up until he died. His last load being 85 head of steers - a considerably small drop in the bucket to the thousands of head he once managed.

Steve was a well-read, well-versed, and highly intelligent man who would not suffer fools. He was a constant student of history and was proficient in family history. He valued learning and intellect and as such sent his daughter, Crysta, to Mary Baldwin College for a degree in journalism and history. She worked successfully in both fields due to her father's influence. Steve was Crysta's hero.

Confederate history was also of particular interest to Steve. He was proud of his great-grandfather Adam's service to the Confederacy and often pointed out that his ancestor paroled in Staunton after the war and that he never surrendered his weapon. He was a life-long member of the Sons of Confederate Veterans, Camp #1530 and helped spearhead the restoration of the Confederate Cemetery located in Monterey.

More than history, however, was Steve's abiding love for Glenwood and raising cattle as a livelihood. In addition to intellect, he also valued hard work, determination, and an innovative spirit, which he instilled in his daughter, Dorothy, lovingly dubbed "Beebs," as she shadowed him on horseback and while working cattle throughout her childhood. Dorothy is now a Highland County cattle producer, following a rich family and local tradition her father revered and promoted.

Additionally, Steve was a crack marksman, a skilled trapper, and an avid hunter. Among his best memories were hunting trips with his friends whether it was in Highland County or annual trips to Montana to hunt for elk. He was a lover of babies - kids or animals - and has many happy memories of his children's and grandchildren's childhoods. He loved Christmas time with his family, seeing his daughters opening presents under the tree, enjoying a house full of Christmas decorations, and family get-togethers with his parents, brothers, sisters, nieces, and nephews.

The last chapters of Steve's life saw him in Arizona, enjoying a southwestern lifestyle with his special friend, Jeanne, who, along with her children, Mick and Kelly, added many, many more good memories to his life. He visited the historic sites of southern Arizona, made new friends, and became a real estate agent. He eventually moved back east to spend his final days at his home in West Augusta. He was completing modifications and renovations to the structure up until the time of his death. Always working.

Steve will be buried on Glenwood in what the family refers to as "the Big Pasture," an area he ran cattle for many, many years.

In addition to his father, he was predeceased by a brother, Frank Colaw Stephenson.

In lieu of flowers the family suggests memorial contributions be made to the Sons of Confederate Veterans, Camp #1530, P.O. Box 11, McDowell, Va. 24458.

A Memorial Tree was planted for Steve

To order memorial trees or send flowers to the family in memory of Steve Stephenson, please visit our flower store.