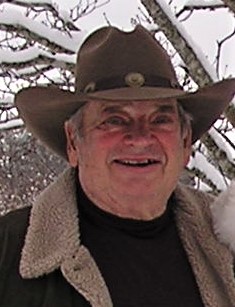 Memorial Service will take place at the Stonewall Ruritan building in McDowell, Virginia.

Alvin Dwayne Harkleroad, 84 of McDowell peacefully transitioned from his earthly home in Virginia to his heavenly eternal home on January 14, 2021. At the time of his passing he was lovingly surrounded by his wife Jo-Ann, his daughter Franny Neil, and Pastor George Etling.

Dwayne was born on August 11, 1936, in Johnson City, Tennessee, a son of the late Beulah Dean Stone and Alvin Lee Harkleroad. On December 27, 1960, he married the love of his life Jo-Ann Decker in a candlelight communion service at St. Johns Methodist Church in North Springfield, Virginia.

Dwayne will be remembered as a good and faithful Christian servant. He responded to the invitation of Jesus as a pre-teen and lived a life embodied by Christian values and service. We celebrate his life; his accomplishments and the impact that he left on those that knew and loved him.

As a graduate of Science Hill High school in Johnson City, Tennessee he was active in a variety of sports as well as many academic organizations. He served as Junior and Senior Class President, was named to the All-State football team his senior year and proudly served as an officer in the ROTC program throughout high school. At the culmination of his high school career he was recognized as The Outstanding Senior graduate of 1955. He then attended The George Washington University, where he received a football scholarship. At GWU he belonged to the Sigma Chi Fraternity and was initiated into the professional honor society, Phi Delta Kappa.  A treasured memory and accomplishment was his role and victory in the 1957 Sun Bowl football championship between GWU and the University of Texas at El Paso. He received his Associate of Arts and Bachelor of Science degrees at GWU and ultimately met his loving wife Jo-Ann who was also a GWU student. They were drawn together by their shared sense of humor and common values and recognized these two gifts as the glue that held them together for a beautiful 60 years.

Immediately following his graduation from GWU, Dwayne enlisted in the United States Air Force and continued to serve in USAF Reserves until 1966 when he was honorably discharged.  He received his M.A from the University of Maryland and completed all Doctoral requirements, A.B.D.  Dwayne was certified in seven different areas of education and certified as school division superintendent in both Virginia and Utah.

A lifelong Southern Baptist, Dwayne had dual membership in Highland Baptist Church (Virginia) and Valley Christian Fellowship (Utah). He also served as an ordained elder in the Presbyterian Church for 33 years and as alternating Treasurer of Clifton Presbyterian Church in Fairfax.

Before becoming a member of the Highland Community, Dwayne served as Principal in the Fairfax County Schools. During that tenure, he received distinguished awards such as The Voice of Democracy Award Citation and The Award for Outstanding Human Relations.  Dwayne and Jo-Ann moved to their cherished Highland County home in 1987. Dwayne loved his community and is well known for his service in both Highland and Bath County Public Schools.  He served as Superintendent of schools in Highland County and in Bath County where he is fondly remembered for his role as both Principal and Superintendent. He retired permanently in 1999 and enjoyed spending time with his wife (and horses) in their home in Highland as well as at their ranch in Utah. It was important to Dwayne to be involved in the community.  He was a member of the Stonewall Ruritans for twenty-five years and served for fifteen years as President of the Bath-Highland Radio Committee. Dwayne was also instrumental in building WVLS' first studio on the Highland H.S. campus and the WCHG studio on the Bath H.S. campus.

He will be remembered fondly by his red truck and cowboy hat. Those who knew and loved him will forever remember his friendly smile and gentle, warm spirit. Spending time with people and generous hospitality were important to Dwayne.  Privately and professionally Dwayne and Jo-Ann maintained an open- door policy and this value holds true today as friends and family are always welcome to drop in at the Harkleroad home.

In addition to his wife of 60 years, he is survived by his daughter, Franny Neil and husband, David Neil of McDowell; son, Dr. Leon Harkleroad and wife, Cynthia of Bowdoinham, Maine; his brother, Jerry Dean Harkleroad of Johnson City, Tennessee; and cousin, Buford Stone (wife Janice) whom he considered a dear brother, also of Johnson City, Tennessee.  He was preceded in death by his parents and a brother, Rondal Harkleroad.

A memorial service will be held 2 p.m., Saturday, January 30, 2021, at the Stonewall Ruritan Building in McDowell with Pastors Dennis Sites, Seth Weil, Claire Heatwole, and George Etling officiating.  The family will receive friends not only at the home, but also one hour prior to the service in the Stonewall Ruritan Club Building.

To order memorial trees or send flowers to the family in memory of A. Dwayne Harkleroad, please visit our flower store.