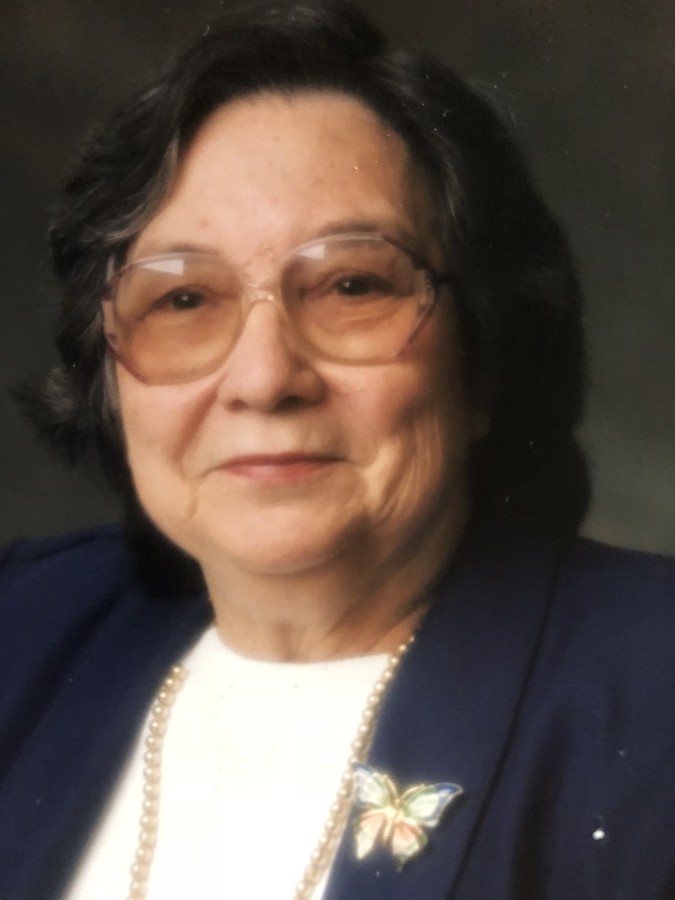 The memorial service for Mrs. Billingsley will be held 12 p.m., Saturday, April 28, 2018 at Monterey United Methodist Church with the Rev. James Tongue and Pastor Bobbie Jo Gardner officiating.  Following the service a reception will be held where the family will receive friends and share a meal in fellowship.

Anita Moore Billingsley died early on December 17, 2017, in Harrisonburg. She was 92.

Anita was predeceased in 2014 by her husband of more than 65 years, Dr. Thaine E. Billingsley. Anita always put her family and her faith first. She was dedicated to the United Methodist Church – from her local congregation in Monterey, to national boards, and the General Conference of the denomination. She served two terms as a member of the United Methodist Board of Pensions on a national level, and she was active locally and regionally in United Methodist Women. She also was a lay leader for the Staunton District.

Born in Miami Beach, Fla., the only child of Clara Clark and Gordon Moore, Anita spent most of her childhood in Georgia. She earned her bachelor’s degree from Baker University in Baldwin City, Kansas, Thaine’s alma mater as well. After college, Anita worked as a teacher at a school sponsored by the Methodist Church in a small Kentucky community.

Thaine and Anita moved to Highland County, Virginia, in 1954. There, they raised their family and participated in many county activities until moving 15 years ago to Sunnyside Retirement Community in Harrisonburg.

Among Anita’s passions were genealogy and nature. She had a particular affinity for wildflowers and birds. She often took nature hikes, and a birdfeeder was a constant in her yard, along with a tenacity for chasing away squirrels, cats, and overly aggressive birds.

Survivors include her three sons: Gary of Harrisonburg, Rob and spouse, Anna, of Fredericksburg, and Kirk and spouse, Kim, of Monterey; and two daughters Mary Anita Billingsley of Winston-Salem, N.C., and Sarah Lyn Torres and spouse, Nola. of Union City, Ca.; six granddaughters Carol, Leslie, Hayley, and Julia Billingsley, and Priscilla and Rosemarie Torres; as well as three great grandchildren.

A celebration of Anita’s life will be held in the Meredith Chapel at Sunnyside Retirement Community, 3935 Sunnyside Drive in Harrisonburg, Friday, December 22, 2017 at 2 p.m. A memorial service and interment will follow in Monterey, Va., early next year.

To order memorial trees or send flowers to the family in memory of Anita Billingsley, please visit our flower store.