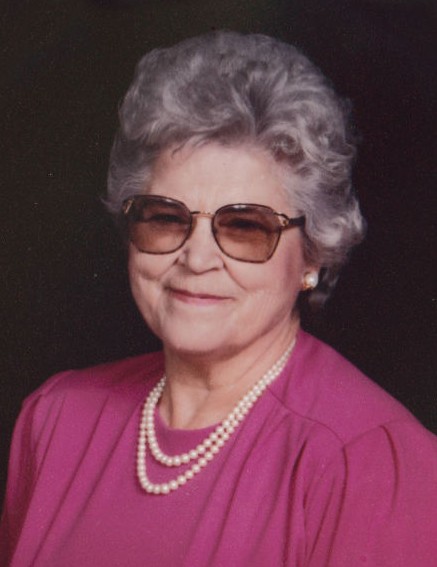 She was born Jan. 29, 1927 at Zigler, W.Va., a daughter of the late Bertney Ashby and Mertie Elizabeth Judy Moyers.

Mrs. Moyers was a homemaker, had worked as a nurse’s aide at Western State Hospital, and then as an assistant to Dr. T.E. Billingsley for 40 years. She was a member of Doe Hill United Methodist Church and United Methodist Women.

She is survived by three sons and daughters in-law, Lewis Berton and Pat Moyers of Mount Crawford, with whom she made her home for the past two years, Eddie Mitchelle and Kristie Moyers of Doe Hill and John L. Jr. and Sharon Moyers of McDowell; six grandchildren, Rebecca Harris and husband, William “Wee,” Laura Moyers, Trina and Christopher Moyers, Charles and Robert Moyers; five great-grandchildren, Courtney, Caitlyn and Hannah Harris, Quentin Moyers and Gracie Fisher; her sister, Myrtle Pennybacker of Union Grove, Wisc.; a number of nieces and nephews, including a special niece, Myra Sue Hartman, as well as a special friend, Wilma Obaugh.

A funeral service will be conducted 11 a.m., Friday, March 16, at Doe Hill United Methodist Church with the Rev. Dave Bo- ger officiating. Burial will be in Doe Hill Cemetery.

Honorary pallbearers will be members of the McDowell United Methodist Charge and family and friends attending the service.

The family will receive friends from 6-8 p.m., Thursday (tonight) at Obaugh Funeral Home in McDowell.

To order memorial trees or send flowers to the family in memory of Arleta Moyers, please visit our flower store.