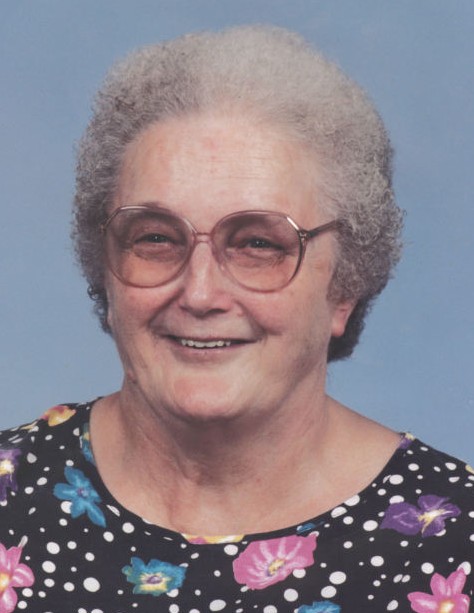 She was born Jan.11, 1928 at Blue Grass, a daughter of the late Charles Henry and Minnie Viola Rexrode Rexrode.

On Aug. 28, 1948, she married Ashby Eugene Simmons, who preceded her in death. She was also predeceased by a son, Wayne Simmons; a granddaughter, Tanya Caroline Simmons; two sisters, Mildred and Elva Bailey; three brothers, Russell, Amos and Walter Rexrode; and infant twin siblings.

Mrs. Simmons was a member of Highland Baptist Church. She retired from Hanover Shoe Co.

She is survived by three sons and daughters-in-law, Charles E. and Paula J. Simmons and Dale J. and Patsy A. Simmons, all of Monterey, and Ronald L. and Tina E. Simmons of Deerfield; two grandsons, Tommy Ruckman of North Carolina and Travis Lee Simmons of Deerfield; two sisters, Bonnie Warner of Hinton and Shirley McCray of Harrisonburg; and a brother, Randolph Rexrode of Pendleton Manor, Franklin, W.Va.

A funeral service was conducted at 2 p.m., Monday, Sept. 12, 2011 at Obaugh Funeral Home in McDowell with the Rev. Mark Davis officiating.

To order memorial trees or send flowers to the family in memory of Artie Simmons, please visit our flower store.