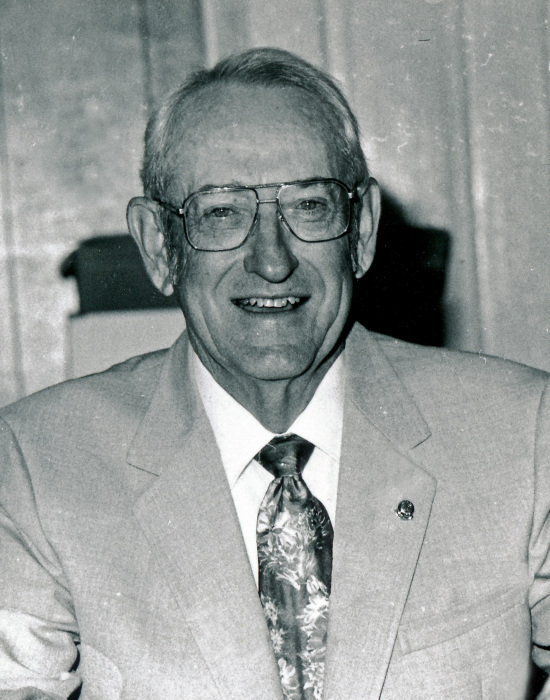 Austin Linwood Shepherd, 94, of Monterey passed away Thursday, February 24, 2022 at the Legacy of North Augusta.

He was born January 12, 1928 in Columbia, son of the late David Wiley and Elizabeth (Seay) Shepherd.

Austin spent his formative years on the family farm in Fluvanna County where he learned how to work hard by helping his father raise tobacco, tomatoes for a cannery, chickens, cattle and a plethora of crops. It was manual labor with the aid of a mule and horse.  He attended Fork Union Military Academy, a one-year requirement, and graduated from Fluvanna County High School. His “gap year” after high school was a U.S. Navy enlistment for two years where he served as a Seaman First Class during WWII. In addition, he spent five years in the U.S. Navy Reserve.  After the Navy stint, he earned an Agricultural Degree at Virginia Tech and Masters Degree from North Carolina State. He began his professional career as the manager of Belvedere Farm in Fredericksburg and teaching ag ed at Falmouth High School. Next, he served as the County Ag Extension Agent in Orange County for seven years.  In 1962, he began serving as the County Ag Extension Agent in Highland County until his retirement in 1985. As a member of the Virginia and National Association of County Agricultural Agents, he received the Distinguished Service Award. Additionally, he coined the name “Virginia’s Little Switzerland” for his beloved Highland County which has become nationally known.

While residing in Highland County, Austin was very involved in and committed to the community.  He was a 32-degree Mason, Shriner and blood drive coordinator with the Highland Masonic Lodge #110; a member of the Blue Grass Ruritan Club where he served in leadership positions on the local, zone and district levels; a member of the Monterey Lions Club with local, zone and district positions and a member of the VFW Post 4989 where he held local and district leadership positions. Over the years, he was President of the Highland County Chamber of Commerce, Chairman of the Central Shenandoah Planning District Commission, a member of the Governors Manpower Council, Chairman of the Highland VEPCO Advisory Committee, Chairman of the Area Manpower Council and Secretary of the Highland County Planning Commission. He was proud to be elected to the Highland County Board of Supervisors. For many years, he was the Maple Festival Chairman and helped to develop and promote the festival; he was honored to have met many dignitaries that responded to his invitations to tour and attend the Festival. He worked with the County youth through the 4-H program and served as an adult leader at 4-H summer camp for many years. He received the 4-H All Star Award. He was an Honorary Chapter Farmer with the Highland FFA. He was a past member of the Dabney Lancaster Community College and Blue Ridge Community College Boards.

In his spare time, he was an avid golfer, hunter, and fisherman and enjoyed playing softball, bowling, attending VT football games, playing cards, gardening and cooking.  He was known for his outgoing personality and quick wit.  He was welcoming to all who crossed his threshold. He enjoyed interacting with children and animals, especially his beloved cat, Lucky.  Above all, Austin will be fondly remembered as a loving husband, father, and grandfather.

In addition to his parents, he was predeceased by his daughter, Shelia Lynn Elliott; a grandson, Chad Linwood Lotts; brothers, David W. Shepherd II and Stanley G. Shepherd; step-sons, Frank and Steve Stephenson; and his first wife, Loretta (Cash) Dalton.

Active pallbearers will be his grandsons, Jesse, Will and Jonathan and members of the Masonic Lodge and the Blue Grass Ruritan Club.

In lieu of flowers memorial contributions may be made to the Highland County Volunteer Rescue Squad, PO Box 268, Monterey, VA 24465 or charity of choice.

A Memorial Tree was planted for Austin

To order memorial trees or send flowers to the family in memory of Austin Shepherd, please visit our flower store.