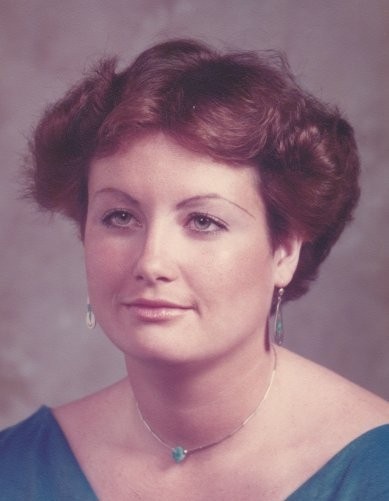 Our beloved Beth Collins Evans, born March 11, 1959, passed away on Wednesday, September 1, 2021 at UVA medical center. Beth was born in Washington, D.C. a daughter of the late Deives Daniel Collins and Constance Iona (Cosby) Collins, where her father started a TV and radio repair shop. His business then transitioned to a full line electronics distributorship and was one of the first in the mid-Atlantic to have a computerized inventory. The family lived for a time in Fort Washington, Maryland before settling permanently in Oakton. Beth graduated from Oakton High School in 1977 and continued her education at Old Dominion University in Norfolk.

During Beth's time in Norfolk she met her then future husband Jeff and they were married in 1983, at which time they moved to Capitol Heights, Maryland to work in her father's business. In 1985 her father opened a new business, Dancon Electronics (Dancon's name is the first three letters of her father's name, Daniel, and the first three letters of her mother's, Constance) in Vienna. Both Beth and Jeff began working at the new company then, which later moved to Chantilly, and the pair took over when Beth's father passed in 1996. Then, just to prove to herself that she could, Beth took business courses at Northern Virginia Community College. Beth, being President of Dancon, ran a successful company from 1996 until today, located in Monterey, Virginia.

Beth was a devout Christian from early in life, encouraged by her mother Connie. After a life-threatening illness in 2015, she proclaimed her recovery was from the hand of God. As a result, Beth cut back her hours at the store. She continued to do all the bookkeeping for Dancon, but focused on her three years of Bible study at Liberty University, where she made straight A's each semester. Beth always looked for a new challenge, whether it was teaching herself basket weaving to sell pieces in her store or knitting shawls for the Blue Grass United Methodist Church Prayer Shawl Ministry. Beth and Jeff have been attending Blue Grass United Methodist Church since 2012 and became members in 2018.

As anyone who came into the store from 1985 to 2015 can attest, Beth always had at least one dog to keep her company, sometimes three. Beth adopted many dogs, and her favorites were Cairn Terriers. Her good friend Bub, 15, misses sitting with her as does her puppy, Eva Bean.

Beth enjoyed trips to the beaches of Virginia and North Carolina until she could not tolerate the bright sun. She was a voracious reader and later a lover of audio books. She was an avid swimmer. She also loved socializing with friends after church. She rarely missed talking with her close friend Chanda Sponaugle at least once a day by phone. She was an active member of the Blue Grass Ruritan Club as well as the Maple Valley Community Club, and ran the Blue Grass United Methodist Church Sunshine Club.

Beth was a loving wife, sister, aunt and friend. Her generosity knew no bounds. She is irreplaceable in the hearts of those who knew her and will be forever missed in their lives.

In addition to her parents, she was predeceased by an older brother, Tim; and special nephew, Mike Lewis.

A Celebration of Beth’s Life will be 11 a.m., Monday, September 6, 2021 in Blue Grass Cemetery with Rev. Andre Crummett officiating.

The staff of Obaugh Funeral Home will receive family and friends wishing to pay their respects between 2-8 p.m., Sunday, September 5th.

Memorial contributions may be made in Beth's name to the Highland County Humane Society, P.O. Box 458, Monterey, Va. 2446 or by visiting their website at www.highlandcountyhumanesociety.org; or to Blue Grass Cemetery, 3042 Blue Grass Valley Road, Blue Grass, Va. 24413.

A Memorial Tree was planted for Beth

To order memorial trees or send flowers to the family in memory of Beth Evans, please visit our flower store.