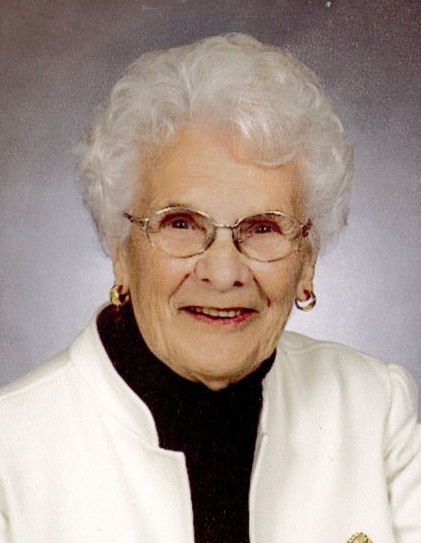 She was born May 10, 1922 at Blue Grass, a daughter of the late Luther Compton and Willie Louise (Pence) Simmons.

On October 4, 1941, she married Clyde E. Schooler, who preceded her in death on July 30, 2001.  She was also predeceased by a son, Sammy Jon Schooler, a grandson, Aaron Lee Schooler, a sister, Nancy Swecker and two brothers, Luther “Jack” Simmons and Kenton K. Simmons.

Mrs. Schooler was a member of the Blue Grass United Methodist Church, the Blue Grass Ruritan Club, former member of the Highland County Electoral Board and past chairman of the Highland County Democratic Party for 10 years.  She was a homemaker and had worked as a bookkeeper for the Prince William County School Board and for Prince William County as a Deputy Commissioner of Revenue.

A memorial service will be conducted 2 p.m., Wednesday, November 26, 2008 at the Blue Grass United Methodist Church with the Rev. Andre Crummett and Rev. Richard Gibson officiating.  Burial will be at Blue Grass Cemetery.  Honorary pallbearers will be

The family will receive friends one hour prior to the service at Blue Grass United Methodist Church.

To order memorial trees or send flowers to the family in memory of Charlotte Schooler, please visit our flower store.