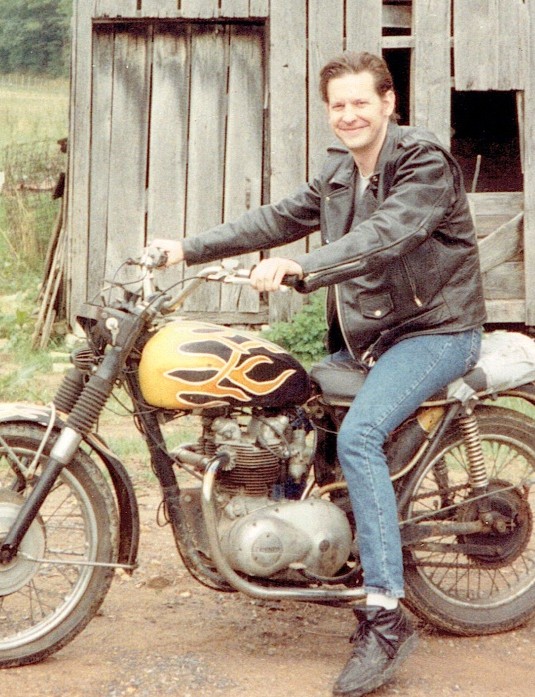 BLUE GRASS — Christopher John Royal, 59, passed away suddenly on Feb 19, 2021, at his favorite place in the world, the family farmhouse in Blue Grass.

His passing has caused his family and friends to reflect on his wonderful spirit and his boundless kindness and generosity. Chris was an artist, entrepreneur, adventurer, chef, volunteer, author, vintage car enthusiast, comedian and so much more.

Chris was born May 8, 1961, in Camp LeJeune, N.C., son of the late Dr. Orren LeRoyce and Madelyn Rose Palmiter Royal.

Chris grew up in Kensington, Md.

In 1972, the Royal family bought a Highland County farm, which instilled in Chris a lifelong love of the area, its people, and the land. Tales of weekend family trips in the station wagon to the farm are still a staple of dinner table stories for the whole family.

He attended Walter Johnson High School and also worked at the regionally famous Psyche Delly club in Bethesda, Md., a connection with a place and people he maintained all his life.

He moved to Merritt Island, Fla., in the early 1980s, and started the first of his own businesses there. However, the Allegheny Mountains called him home, and he moved to the family farm in Blue Grass a few years later. It was during this period that Chris started Royal Pizza in Monterey, in 1993. Besides serving Highland County’s favorite pizzas and subs, Royal Pizza was a center of social activity in the town and a place to meet friends, listen to music, or shoot a game of pool.

Beginning in 2005, he began a remarkable period of service to his fellow man. As was his nature, after seeing the destruction and suffering following Hurricane Katrina, he joined the Red Cross to assist in recovery efforts and help those in need. Future Red Cross deployments included supporting service members at military bases in Kuwait and Iraq during the Iraq War.

Later in life, Chris became a published author and illustrator. In 2014, he published “Beyond Riverside Drive,” a companion cookbook based on the Pendergast novels by Preston and Child. Later in 2016, he published “Peaky Diners: A Peaky Blinders Companion Cookbook,” and “The Cicada Cookbook.” Additional titles included a children’s book and a book of illustrations based on the Pendergast novels.

His previous popularity as a pizza baron led to a new opportunity at The Curly Maple in Monterey to once again charm Highland County with his imaginative and delicious cuisine.

A celebration of his life will be held at a later date.

Memorial contributions may be made to the American Red Cross at https://www.redcross.org/donate/donation.html/.

To order memorial trees or send flowers to the family in memory of Christopher "Chris" Royal, please visit our flower store.