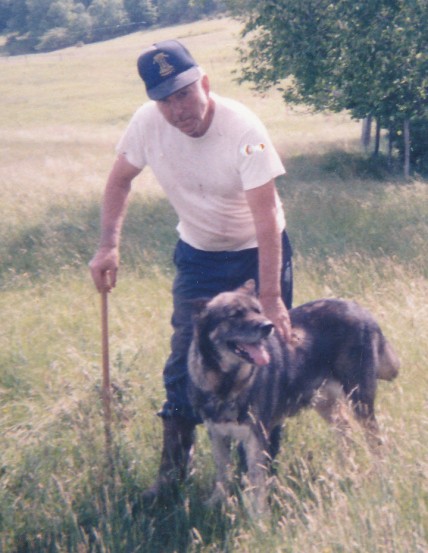 A heavy equipment operator, Hoppie moved his family from Arbovale to the Washington, D.C., Baltimore, Maryland area in 1964. Upon his retirement in 2000, he and wife Hazel moved back “home,” where he enjoyed raising hogs and chickens. He was an avid gardener who was very particular, especially with potatoes. In the fall no apples ever went to waste, preserving them to be enjoyed on a cold winter day. He loved to fish for native trout, fishing until he couldn’t put one foot in front of the other. Above all, he loved time spent with his grandchildren and especially his great-grandchildren.

In addition to his parents, he was predeceased by eight siblings.

A funeral service will be held at 1 p.m., Tuesday, March 2, 2021 at Hightown United Methodist Church with Rev. Andre Crummett officiating. Burial will be in Hightown Cemetery.

Pallbearers will be Jeremiah, Joshua and Zachariah Breeden, Andy Jr. and Cody Hise, and Cody Howard.

Honorary pallbearers will be Cody Hise Jr.; his caregiver and granddaughter, Brittany Hise-Howard, who moved from Maryland five years ago to care for her grandparents; as well as Beth Plank who cleaned, cooked, visited and cared for Hoppie.

Obaugh Funeral Home will receive family and friends wishing to pay their respects throughout the day Monday, March 1, 9 a.m. – 5 p.m. at the funeral home.

To order memorial trees or send flowers to the family in memory of Clellon "Hoppie" Hise, please visit our flower store.