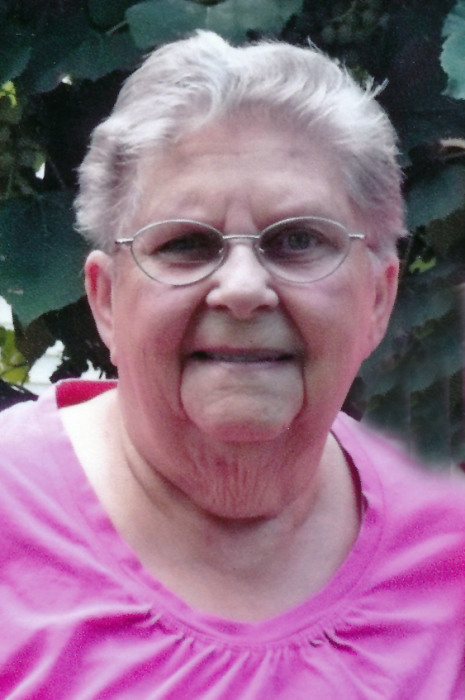 She was born March 28, 1938 in Vanderpool, a daughter of the late Sadie (Gutshall) and Robert Wilbert Moyers.

On February 16, 1955 she married Howard Elwood “Buck” Carroll at the Three Gables in McDowell, who preceded her in death on September 20, 2005.

Cora retired from Western State Hospital as a Housekeeping Supervisor. She will be remembered for having never met a stranger; her giving heart; and her cooking that couldn’t be beat, especially her homemade bread. Above all her greatest gift was her undying love for her grandchildren, which will always remain.

Mrs. Carroll is survived by her son and daughter-in-law, Leonard and Gail Carroll of Great Falls, Montana; two daughters and sons-in-law, Yvonne and George Rowe of Staunton and Marcia Carroll and Kevin Almarode of Mill Gap; grandchildren, Kayla and Dylan Rakes, both of Staunton, Brandy Forbes of Germany, Mandy Gibbs and Jonathan Carroll, both of Great Falls, Montana; seven great-grandchildren; a brother and sister-in-law, Colin and Dorothy Moyers of Staunton; a sister, Farris Gwinn of Verona; and special friends, Curtis and Sharee Smith, whom the family would like to thank for everything that they had done and for a prayer that will always be cherished.

There will be no formal visitation, friends may call at the home of Cora or other times at Obaugh Funeral Home.

To order memorial trees or send flowers to the family in memory of Cora Carroll, please visit our flower store.