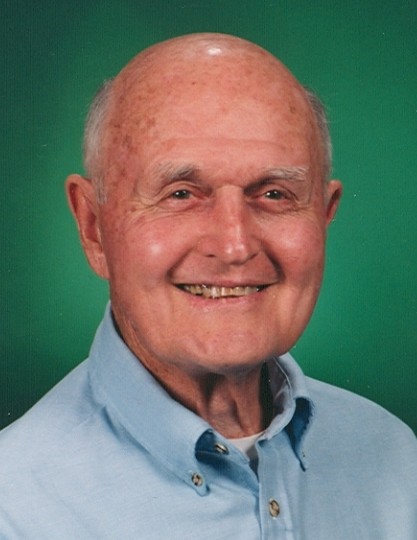 Mr. Brower was a 1942 alumnus of V.P.I., where he earned his degree in Animal Husbandry.  Mr. Brower also served in the Army Air Corps during World War II.  After discharge from the Air Corps there was a brief stint where he served as Assistant County Agent in Tazewell County.  He then became associated with V.P.I for about six years; for two years he held a teaching fellowship and was an instructor in the Animal Husbandry Department.  From 1948 through 1951 he was the 4-H Livestock Specialist on the V.P.I Animal Husbandry Extension Staff.  In 1952 Mr. Brower became manager of the East Hill Farm, in Chase City, VA., and assumed the manager position of the Still House Hollow Farm, Hume, VA., in 1956.  Mr. Brower sat on the board of directors for the Fauquier Livestock Exchange and the John Marshall Soil & Water Conservation Board.  He was also a longtime member of the American Hereford Association and belonged to the Monterey United Methodist Church.

Mr. Brower was preceded in death by a brother, James Brower.

He is survived by his wife, Karen (Sullivan) Brower of Monterey; two sons, Andrew Brower of Chesapeake and David Earl Brower, III of The Plains; three daughters and sons-in-law, Florence and Byron Archer of Dry Fork, Joy and Michael Fling of Jeffersonton, and Martha and Bill Gibbons of Markham; three step-children and spouses, Julie and Tony Dunson of Martinsburg, WV., Iver Christian Olsen of Harrisonburg and Jon Joseph Olsen of Winchester; six grandchildren and spouses, Nathan Gibbons of Woodstock, Eric and Dee Fling of Culpeper, Joseph and Heidi Fling of Converse, TX, Jennifer and Derek Crawford of Bunker Hill, WV.,  Kevin Brower of Hume, John Brower of Chesapeake; three step grandchildren, Teri Staubs, Amanda Small and Chrissy Thompson all of Martinsburg, WV.; five great-grand children; three brothers and sisters-in-law, Walter Brower of Monument, CO., Robert and Billy Brower of Aberdeen, MD., William and Vergie Brower of Waynesboro; one sister and brother-in-law Ann and Meredith Yeago of Waynesboro; a sister-in-law, Jean Brower of Waynesboro and a number of nieces and nephews.

A funeral service will be conducted at 11 a.m., Monday, October 30, 2006 at the Monterey United Methodist Church with the Rev. Michael Sullivan officiating.  Interment will follow in the Monterey Cemetery.

Active Pallbearers will be the grandsons as well as Jerrel Grogg, Bill Niswander and Tommy Hevener.  Friends attending the service will act as honorary pallbearers.

The family will receive friends at the home of Mrs. Brower in Monterey.

In lieu of flowers, contributions may be made to the Highland County Rescue Squad, P.O. Box 268, Monterey, VA. 24465.

To order memorial trees or send flowers to the family in memory of David Brower Jr., please visit our flower store.