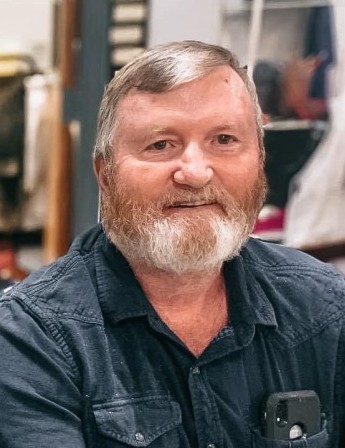 Born in Staunton, July 2, 1960, he was a son of the late Randolph Lewis and Susie Adeline (Simmons) Botkin.

Known for his entrepreneurial endeavors and work ethic, David was the former co-owner of Cline Associates, Inc., an excavation company in Weyers Cave, VA. He operated heavy equipment and worked on a number of projects for JMU and other businesses in the Valley. He had a passion for building things and has seen a lot of housing projects through after he started his own companies K&M Construction and Landscape by Design, Inc., which he operated alongside his wife, Kelly. David had also retired from VDOT after many years of employment, and continued to work thereafter as a self-employed contractor and excavator until last Sunday.

When he wasn’t working, he enjoyed hunting and was always up for a good card game. A family oriented man, David loved spending time with his family (especially his grandchildren) and particularly enjoyed summers camping and boating with them at Lake Moomaw as well as traveling with Kelly throughout the Mid-Atlantic states to participate in tractor pulls.  A busy body, never able to sit still, he also enjoyed tinkering in his shop, where he could be found working on equipment, completing woodworking projects, and building his pulling tractors. He was a life-long member of Church of God of Prophecy and member of the Shenandoah Valley Tractor Pullers Association.

Obaugh Funeral Home will receive family and friends wishing to pay their respects throughout the day Wednesday, February 10th, 9 a.m. – 5 p.m. at the funeral home.

Memorial contributions may be made to Church of God of Prophecy, c/o Pam Botkin, 296 Sunset Drive, Monterey, Va. 24465.

To order memorial trees or send flowers to the family in memory of David "Pee-Wee" Botkin, please visit our flower store.