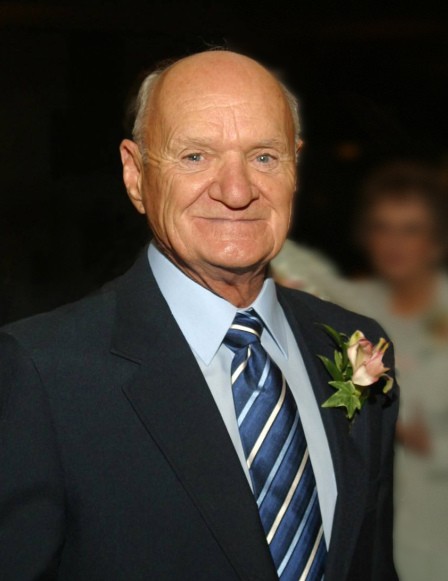 Edwin “Ed” Lee Crigler, age 86, of Salem and formerly of Monterey, passed away Wednesday, August 8, 2018 at Virginia Veteran’s Care Center where he has resided over the past 5 years.

Mr. Crigler was born May 3, 1932 in Doe Hill, a son of the late Virgil and Pauline (Simmons) Crigler.  Although born in Highland County, Ed’s parents lived in Franklin, West Virginia and it was there that he and his siblings were raised.  He was a graduate of Franklin High School’s Class of 1950.  During High School Ed played and excelled on the school’s Varsity teams. In those years he quickly developed a passion for sports that would remain throughout his life.  Following graduation he enlisted in the U.S. Air Force and served both stateside as well as in Iceland before his honorable discharge in March of 1955.

Upon Ed’s return to Franklin he began employment with Monongahela Power Co. and soon thereafter started a family of his own.  In time Mr. Crigler was transferred to neighboring Monterey, VA, where he and his family took up residence.  Ed remained with the power company for the better part of a decade before going into business for himself as an electrical contractor.  He was the owner and operator of Highland Appliance and Electric.  In later years he worked as the Highland County Building and Zoning Administrator and ultimately managed the then Highland County Landfill until his retirement.

Ed was a charter member and long-time chairman of the Highland County Recreation Commission.  For 26 years Ed served tirelessly on the county’s recreation commission.  During that time he established, maintained, and constantly upgraded the High School’s ball field, organized softball and little leagues, and volunteered countless hours to coaching and mentoring the county’s youth.  In February of 1990, Ed retired from the commission and was made an honorary lifetime member by his peers; however, his greatest honor would come 27 years later. On June 5, 2017 the Highland County Recreation Commission and Highland County Public Schools held a public dedication renaming the school’s ball field to Ed Crigler Field.  He was welcomed home to a gym full of family and friends, former players, and teammates, all to honor his efforts toward the betterment of the community – he was never so happy and for that the family is forever grateful.

He enjoyed fly-fishing for native trout and hunting turkey, but above all Ed Crigler loved to play ball. Ed was a fierce competitor on the diamond (even well into his later years).  He was also a respected coach amongst his players, always able to inspire his teams to meet his high standards and perform at their best. Ed truly was, and will forever be remembered as a ballplayer.

Ed was a man of great faith and held membership with Highland Baptist Church.  He enjoyed singing hymns and truly maintained a relationship with his savior, always sharing his love of God by example of benevolence and giving back .

In addition to his parents he was preceded in death by his brother, Robert “Bobby” Ronald Crigler; his sister, Loretta June (Crigler) Moyers; and beloved pet, Buddy.

To send flowers to the family or plant a tree in memory of Edwin "Ed" Lee Crigler, please visit our floral store.

To order memorial trees or send flowers to the family in memory of Edwin "Ed" Crigler, please visit our flower store.