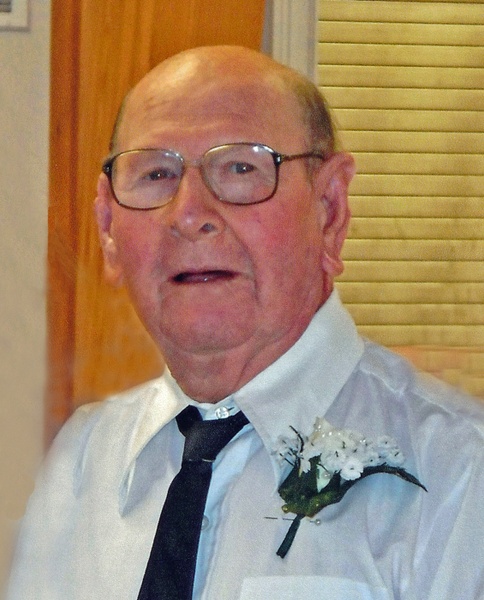 Eldon Eckard, age 89, of Sugar Grove, passed away Saturday, November 26, 2016 surrounded by loving family at the home of his great-granddaughter.

Born November 19, 1927, in Sugar Grove, WV, he was the youngest son of the late Noah Webster and Malinda Louella (Simmons) Eckard.

A U.S. Army veteran, Mr. Eckard honorably served during the Korean War.  Following his discharge, he went on to work several jobs prior to his employment in Bill Bowers’ poultry operation, where he remained 40 years until his retirement.  Mr. Eckard was a member of St. Paul Independent Lutheran Church and VFW Post 9666.

In addition to his parents, Mr. Eckard was preceded in death by his beloved wife of 54 years, Mary Elizabeth (Rexrode) Eckard; as well as his brother, Clyde Eckard.

A funeral service will be conducted 11 a.m., Saturday, December 3, 2016 at St. Paul Independent Lutheran Church with the Rev. Jerry Smith officiating.  Burial will follow in the church cemetery.

The family will receive friends one hour prior to the service at the church.

To order memorial trees or send flowers to the family in memory of Eldon Eckard, please visit our flower store.