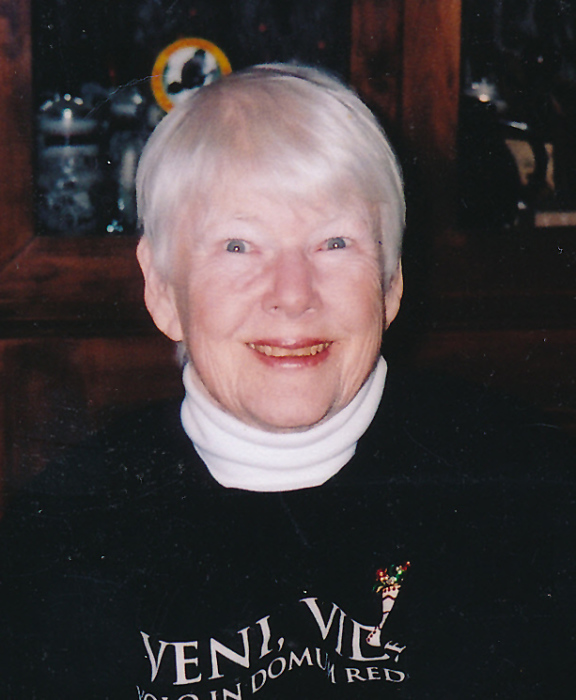 Ms. Nunn was born March 29, 1925 in Washington, DC, the only child of the late Admiral Ira Hudson and Esther Wagner Nunn.

An admiral’s daughter, Frances’ early years were spent living and traveling throughout the world; she was even witness to the bombing of Pearl Harbor.  She was a graduate of both Vassar College and George Washington University School of Law.  Following her education, Ms. Nunn took a position as an attorney with the U.S. Department of Justice and remained there until her retirement after 30 years of service. As a child she was baptized and confirmed at St. Alban’s Episcopal Church, Washington, DC and in her later years went on to became the founding vicar of Good Shepherd Episcopal Church in Blue Grass.  A renowned marksman and former state shooting champion, she enjoyed the sport of competitive shooting and was a fierce competitor in .22 and .45 caliber handgun matches.  In addition to her love of shooting sports, it should be mentioned that she was a strong advocate and proud life member of the National Rifle Association (NRA).  Rev. Nunn will be missed and remembered for a great many kindnesses, but above all the community will remember Frances’ unending love and compassion toward animals, as was evident in her efforts to establish the Highland County SPCA.

In lieu of flowers memorial contributions may be made to The Highland County Humane Society, PO Box 458, Monterey, VA 24465.

To order memorial trees or send flowers to the family in memory of Frances Nunn, please visit our flower store.