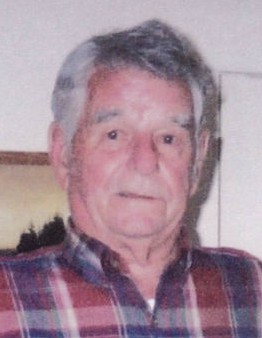 A proud native of Highland County, Mr. Smith was a farmer and had also retired from Hanover Shoe Co. He was a member of Monterey United Methodist Church, the former Highland Veterans of Foreign Wars Post 9666 and a lifetime member of Hot Springs Veterans of Foreign Wars Post 4204. He was a World War II veteran, having served in the U.S. Army with the 101st Airborne. Mr. Smith was wounded and captured by the Germans at the Battle of the Bulge, remaining a prisoner of war until April 1945. He was a simple man with simple needs and always placed his family before himself. He loved the outdoors, hunting, farming and livestock, always having a special way with animals.

He is survived by his wife, Kathleen Clair Wimer Smith, whom he married on Nov. 10, 1945; daughter and son-in-law, Gloria and Jack McConnell of Greensboro, N.C.; son, Wilson Smith of Monterey; grandson and wife, Brandon and Hilary Smith of Monterey; great-granddaughter, Makynley Smith; sister-in-law, Dot Stone of Franklin, W.Va.; two nieces, Rita Simmons of Harrisonburg and Cindy Johnson of Kings Mountain, N.C.; nephew, Steve Johnson of Morningside, Md.; and a special friend to the family and Brandon’s mother, Ruth Newman.

He was preceded in death by his sister, Lena Mae Fones.

A memorial service was conducted at 2 p.m., Tuesday, April 24, in Blue Grass Cemetery with the Rev. Darren Massey and the Rev. Andre Crummett officiating.

In lieu of flowers, donations may be made in his honor to Veterans of Foreign Wars Post 4204, P.O Box 902, Hot Springs, Va. 24445 or any veterans organization of choice.

To order memorial trees or send flowers to the family in memory of Frank Smith Sr., please visit our flower store.