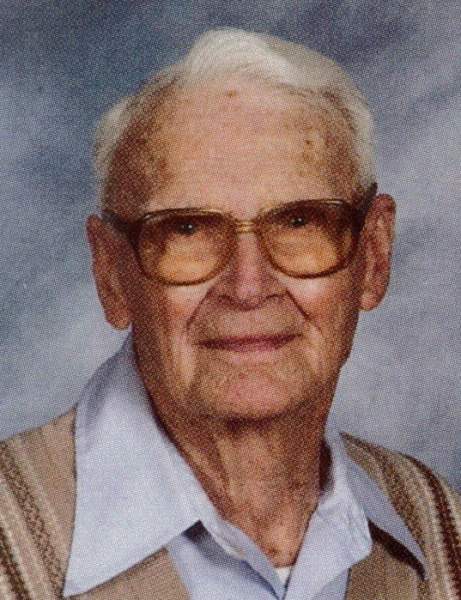 He was born Nov. 7, 1918 in Newport News, and grew up in Providence Forge, a son of Steven and Cora Briggs Stokes.

Mr. Stokes served his country during World War II with the U.S. Navy Seabee 43rd Construction Battalion attached to the 3rd Marines during the Asiatic-Pacific conflict. He was honorably discharged as Petty Officer 2nd Class (CM2) on Dec. 11, 1945.

He married Melva Inez Miller of Oak Hill, W.Va., on Nov. 9, 1947 and they lived various places in the northeast while he worked for the Ford Motor Co. In 1956, one daughter, Melva Jean “Jeannie” Stokes, was born.

Mr. Stokes drove a Richmond City bus for several years, earning a number of safety awards, but in the early 1960s he went to work for then Sydnor Pump and Well Co., drilling residential and commercial wells. Later the name was changed to Sydnor Hydrodynamics, when it became commercial only. His business card stated he was a “master mechanic” and he retired from Sydnor, not once, but three times, the last being in 2000 when he moved to Hightown.

Melva and Fred were longtime members of Chamberlayne Baptist Church. After losing his wife, Melva, in 1995, Fred soon after settled in Hightown, where he joined Highland Baptist Church.

He is preceded in death by his parents, Steven and Cora Stokes; two sisters; and loving wife of almost 50 years, Melva Miller Stokes.

Surviving are his daughter, Melva Jean “Jeannie” Stokes of Stanfield, Ariz.; grandson Mick Sheldon and granddaughter Kelly Sheldon, both of Harrisonburg; three sisters-in-law, Iona Cummings and Betty Kennedy, both of Oak Hill, W.Va. and Ruth Kurtz of Missouri; and numerous nieces and nephews.

The family will receive friends from 11 a.m. until noon on Saturday, Nov. 10, at Obaugh Funeral Home in McDowell. A funeral service will follow with the Rev. Mark Davis officiating.

On Sunday, Nov. 11 at 1p.m., interment will be held in Highlawn Memorial Park at Oak Hill, W.Va.

In lieu of flowers, donations may be made to Highland Baptist Church, 302 Jackson River Rd, Monterey, Va. 24465.

To order memorial trees or send flowers to the family in memory of Fred Stokes, please visit our flower store.