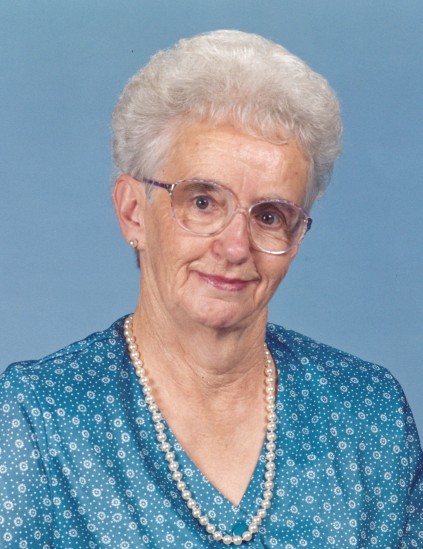 Hazel “Rean” Dorean Rexrode, 86, of Pendleton Manor, where she had resided since November 2009, and formerly of the Halterman Hollow area of Highland County, passed away Sunday, October 1, 2017.

She was born April 5, 1931, a daughter of the late Mary Kisiah (Page) and Sidney Gilmore Lowry.

She was a homemaker and member of Asbury United Methodist Church. She enjoyed gardening, flowers, quilting, crocheting, babysitting and will be remembered as being a “really good cook.” She loved spending time with her children, grandchildren and great-grandchildren.

Surviving are two sons and daughters-in-law, Melvin and Terry Rexrode of Monterey and Johnny and Pam Rexrode of Moyers, W.Va.; two great-grandsons, Avery and Alex Smith of Hightown; their dad, Tracy; as well as numerous nieces and nephews.

A funeral service will be held at 12 noon, Wednesday, October 4, 2017 at Obaugh Funeral Home with the Rev. Andre Crummett officiating. Burial will follow in Blue Grass Cemetery.

The funeral home will remain open Tuesday until 8 p.m. for those wishing to pay their respects. The family will receive friends one hour prior to the service on Wednesday.

In lieu of flowers the family suggest memorial contributions be made to: Fairview Cemetery, c/o Allen Lowry, 6617 Upper Back Creek Road, Monterey, Va. 24465.

To order memorial trees or send flowers to the family in memory of Hazel "Rean" Rexrode, please visit our flower store.