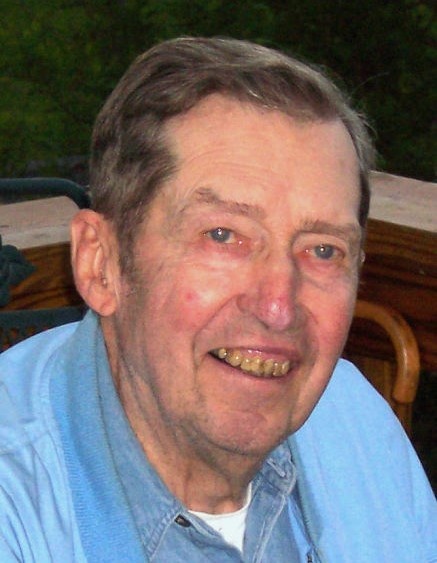 He graduated from Baltimore Polytechnic Institute in 1943 and enlisted in the U.S. Navy Reserve V-12 program.  He attended Bethany and Oberlin College and Columbia University where he received his commission.  He served as Lt. JG and was honorably discharged in 1946.  He received his BS in Mechanical Engineering from the University of Maryland in 1949.  He retired from the Naval Ordinance Laboratory (Naval Surface Weapons Center) in White Oak, MD after 30 years.

Wil married Kathryn Marie Mehserle on June 11, 1953 in Silver Spring, MD.  The family moved to Ellicott City, MD in 1959.  He was active in his church and community and served as Sunday school teacher, superintendent, and vestryman and PTA president.

Upon retirement, he moved to a farm in Highland County.  He was a member of Sons of Confederate Veterans and served in his church.

Wil was preceded in death by his son, Henry William Wright.

He is survived by his wife, Kay; two daughters and sons-in-law, Valerie  and Jeffrey  Chandler,  and Malinda  and Richard  Mitchell; a son and daughter-in-law, John and Patricia  Wright; three grandsons, Cory, Kevin and Eric Mitchell; three granddaughters, Vanessa Greaver, Elizabeth Chandler and Katelyn Wright; a great-granddaughter, Danielle Mitchell; a sister, Eileen Ferguson and many nieces and nephews.

He will be greatly missed but family and friends take comfort that he is at rest with Jesus.

A memorial service will be held 2 p.m., Friday, February 6, 2009 at Obaugh Funeral Home in McDowell with the Rev. Derek Tomek officiating.   Interment will be private.

To order memorial trees or send flowers to the family in memory of Henderson "Wil" Wright, please visit our flower store.