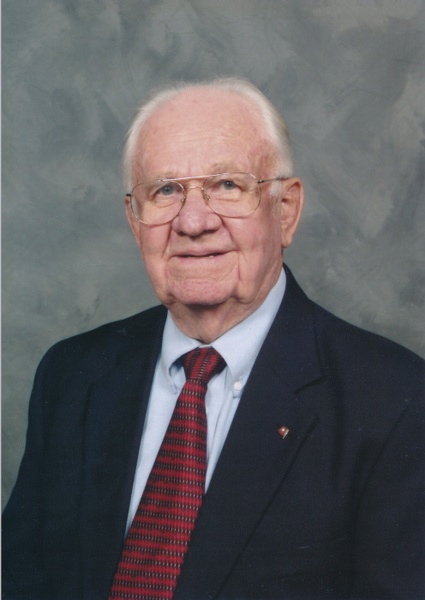 Hunter Weldon Gutshall, 92, of Verona and formerly of Chesterfield County and Perry, FL., passed away Sunday, November 6, 2016.  He was born February 22, 1924 in Highland County to the late John and Hazel (Woods) Gutshall.

Hunter was a World War II veteran.  He entered the U.S. Army in March of 1943, and served in the 452nd QM Corps in General Patton’s Third Army.  He participated in five campaigns:  Normandy, Northern France, Ardennes, Rhineland and Central Europe, including the “Battle of the Bulge.”  He was wounded in Luxembourg and received the Purple Heart.  After Hunter’s military service, he worked as a carpenter on construction projects before going to work at Reynolds Metal Company, where he retired after 30 years of service.   He was a member of a number of veteran organizations, including the VFW, DAV and American Legion Post 284.  Additionally, he was a member of the Chester Masonic Lodge No. 94, where he was raised to the degree of Master Mason in 1973, the Appomattox Commandery No. 6, Petersburg U.R.A. Chapter No. 7, Richmond East Moose Lodge No. 1997 and a former member of ACCA Shrine Temple in Richmond.

After his retirement, Mr. Gutshall moved to Perry, Florida and was a charter member of Marzuq Shrine Temple in Jacksonville, FL.  There Hunter joined the transportation unit of the Shriners Hospitals for Children and for 25 years traveled more than 160,000 miles transporting disabled children and burn victims to hospitals and clinics in Florida, Texas, Ohio, Alabama and Louisiana.   Additional memberships included the Perry Elks Lodge No. 1242, Perry Shrine Club and Amvet Post 20.  In 2013 Mr. Gutshall returned to Virginia and took up residence in Verona.

Surviving family member include his sisters, Arlene Peters of Mechanicsville, Russie Peters of Virginia Beach and Herthel Chestnut of Verona; and a number of nieces and nephews.

In addition to his parents, he was preceded in death by two brothers, Hartzel and Harlan Gutshall and his sister, Darlie King.

A funeral service will be conducted 12 p.m., Thursday, November 10, 2016 at Obaugh Funeral Home in McDowell with the Rev. Kevin McMullen officiating.

The family will receive friends one hour prior to the service at Obaugh Funeral Home.

To order memorial trees or send flowers to the family in memory of Hunter Gutshall, please visit our flower store.