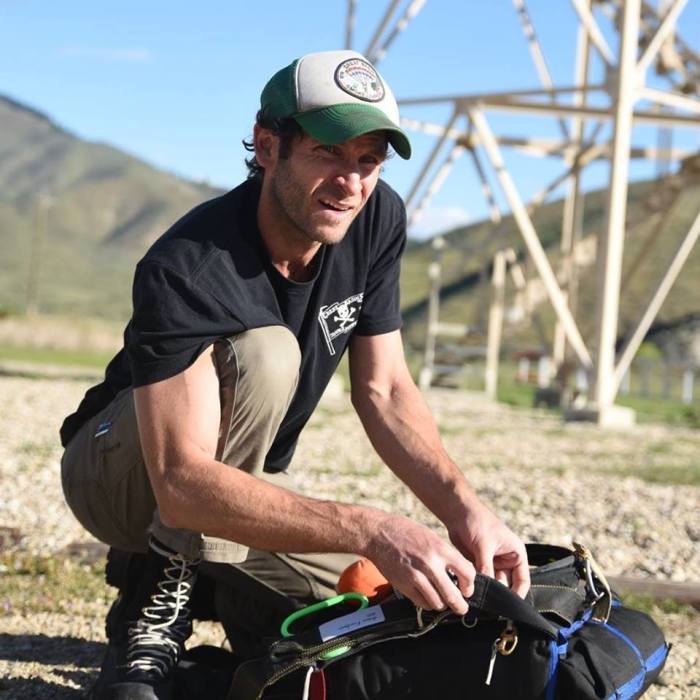 He was born May 2, 1975 in Woking, England, the younger son of Carolyn Miller (Hevener) Pohowsky and Robert “Bob” Alexander Pohowsky.

Ian packed more adventure, love and laughter into four decades than many people might during the course of several lifetimes.  After completing his A-Levels at Bedales School  in Petersfield, England, Ian finished his studies at the North American Institute of Aviation in South Carolina.  He joined American Eagle Airlines at age 22; however, his passion for the outdoors and rock climbing, led to a career change in 2007.  Following a brief stint as climbing guide, Ian joined the U.S. Forest Service as a wildland firefighter.  He began his smokejumper career in West Yellowstone in 2011 before transferring to the Great Basin Smokejumpers, Boise, Idaho in 2014.

Family and friends were paramount in Ian’s life.  Although he had called seven different countries “home” prior to age 21, he managed to maintain longstanding friendships from each of them, and he referred to the rock-climbing community and his fellow smokejumpers as part of his extended family.

Surviving family member include his mother Carolyn of Hightown, VA; his father Bob of Cincinnati, OH; his brother, Chris Pohowsky of Blacksburg, VA; his aunt, Sharon Hevener and husband, Bill Rich of Hightown; as well as countless cousins.

A celebration of Ian’s life will be announced and conducted at a later date.

To order memorial trees or send flowers to the family in memory of Ian Pohowsky, please visit our flower store.