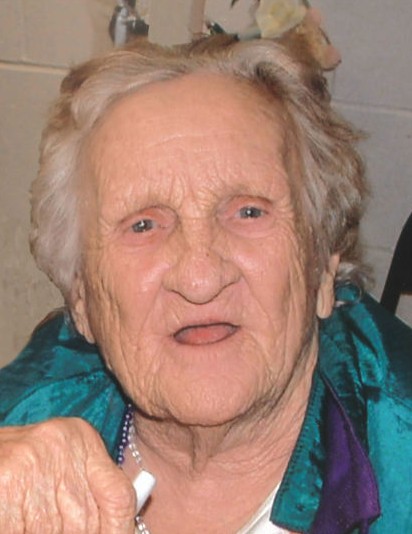 Mrs. Smith was a homemaker.  She liked to read and sew.

On August. 19, 1945, she married Wilmer C. Smith, who preceded her in death on January 17, 2009.   She was also predeceased by a son, Donald Lee “Duck” Smith; two daughters, Nancy C. Floyd and Patricia Ann Smith; a great-grandson, a sister, Bertha Moats and two brothers, Fred and Oren Ober, Jr.

She is survived by two daughters and a son-in-law, Yvonne Smith of Churchville and Susan and Dennis “Goose” Simmons of Monterey; two sons and a daughter-in-law, Wilmer, Jr. and Coretta Smith of Verona and Larry Wayne Smith of McDowell; nine grandchildren; ten great-grandchildren; two sisters, Vida Burris of Maryland and Etta Smith of Detroit, MI and four brothers, Roy Ober of Baltimore, MD, George Ober of Bartow, WV, Billy Ober of Marlinton, WV and Elmer Ober of Durbin, WV and a special caregiver, Maxine Rader.

In lieu of flowers, memorial contributions may be made to the Irene Smith Funeral Fund, c/o Sally Humphries, First and Citizens Bank, P.O. Box 529, Monterey, VA 24465.

To order memorial trees or send flowers to the family in memory of Irene Smith, please visit our flower store.