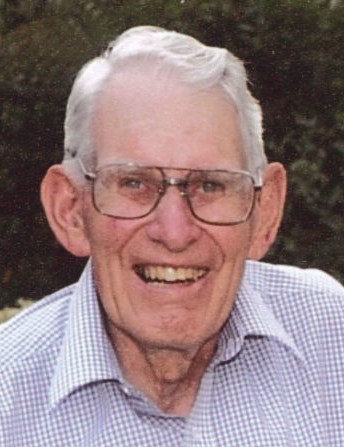 He was the son of Richard W. and Della Mae Hofsess Hevener.

Mr. Hevener was a graduate of Monterey High School and attended Hampden Sydney College. He enlisted in the U.S. Army, serving in France and Germany during WWII, where he met his wife, Carol, in Berlin, while she was serving in the Women’s Army Corps. After the war, they were married on Aug. 23, 1947 and Jacob finished his education at the University of Virginia, graduating with a finance degree in 1949.

Jacob was a lifelong farmer, continuing his family’s traditions and took great pride in the stewardship and care of Dividing Waters Farm. He operated Hevener’s Store and the Hightown post office for many years. Jacob participated in and strongly supported many local institutions. Principle among these were Pisgah Presbyterian Church, First and Citizens Bank, Highland Masonic Lodge No. 110 and the Monterey Lions Club.

He was predeceased by his only son, Richard Jacob Hevener, in 2000; a sister, Charlotte Nobbs; and a brother, Richard W. Hevener, Jr.

A graveside service was conducted 11 a.m., Wednesday, Sept. 14, 2011 at Monterey Cemetery with the Rev. Melissa Litrel-Harmon and the Rev. C. William Cox officiating.

To order memorial trees or send flowers to the family in memory of Jacob Hevener, please visit our flower store.