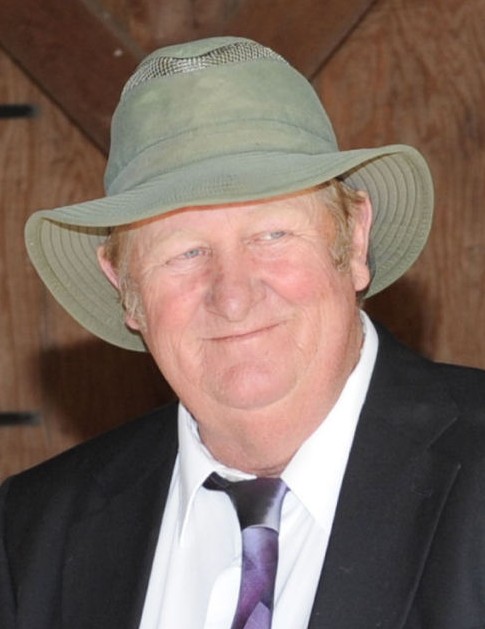 James Bernard Hull, also known as Jay, passed away Monday, Oct. 29, 2012 at his home in Hightown, after a three-year battle with cancer, at the age of 61.

Jay graduated from Highland High School in 1971 and then entered the U.S. Army, where he served a tour of duty in Vietnam. After receiving an honorable discharge, he attended Dabney Lancaster Community College and Blue Ridge Community College. He was self-employed as a farmer and the owner of Hull’s Fencing. Jay was a 35-year member of the Mill Gap Ruritan Club, a lifelong member of the Veterans of Foreign Wars and a member of Beulah Presbyterian Church. Jay loved the outdoors, raising his family on the farm, and the simple things of life. He was an avid hunter, and he loved to fish, ginseng and garden. Jay was truly a “son of the Allegheny Mountains.”

Jay is survived by his wife of 37 years, Capitola “Cappie” Shultz Hull, whom he married on Sept. 6, 1975. They have two sons, John Ira Hull and his wife, Kimberly, of Staunton and Jacob Franklin Hull and his wife, Amy, of Harrisonburg. He was the loving grandfather of Hayden Hunter and Jayden Zada Hull and Jackson Gene Hull of Harrisonburg. He will be sadly missed by his loving and attentive sister, Nancy H. Hooke and her husband, Randy, of Monterey and their two sons, Adam Nicholas and Ryan Thomas Hooke. Additionally, he is survived by his nephew, Drew Sullenberger; and nieces, Cappy Sullenberger, Margaret and Elizabeth Moomaw; and a special lifelong friend, Richard B. Waybright.

He was preceded in death by an infant sister.

A service will be conducted 3 p.m., Sunday, Nov. 4, in the Hightown Cemetery with the Rev. Melissa Litrel Harmon and the Rev. Andre Crummett officiating. All those attending may bring a lawn chair. Visitation will be from 5-8 p.m., Saturday, Nov. 3, at Obaugh Funeral Home in McDowell.

To order memorial trees or send flowers to the family in memory of James Hull, please visit our flower store.