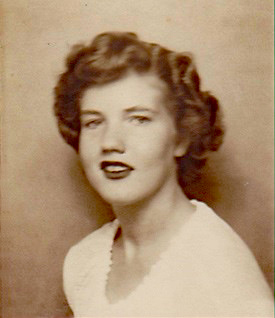 Jean Lynch McWhorter, 90, of Santa Rosa, California, passed away Friday afternoon, August 25, 2017, at Santa Rosa Memorial Hospital. She succumbed to a brief illness, passing as she lived, mostly on her own terms.

Born in Germantown, PA, on February 18, 1927, to the late Mary (Morris) and John Mitchell Lynch, she was soon moved to Atlantic City, NJ, where she developed a lifelong appreciation of the ocean. She perambulated extensively, subsequently living in FL, SC, Munich, Germany, GA, TX, AL, NC, VA, and CA.

Blessed with a bright, inquisitive mind, and an enthusiastic, tenacious spirit, she embraced her life and her opportunities wherever she resided. Her family moved to Columbia, SC, when she was in high school. After her graduation, she worked as a stenographer, teller, secretary, administrative assistant, all while being the “Best Mom” for the three boys she and her first husband, William W. Watson, created. During this time the Civil Rights movement emerged, and catalyzed her innate sense of justice for all, regardless of gender, race, or creed. She matured into a proto-feminist, not by abstract theory, but in simple word and deed, practicing the American ideal of equal rights for all. She was for a time a single mother, raising three boys with little assistance.

Jean and Mac moved from Mobile to Asheboro, NC, and on to Monterey, VA, where Jean was hired as Director of Social Services in Highland County. She served nearly 25 years, as a principled advocate of the underprivileged throughout the county. They developed many friendships there, and were well appreciated for their enthusiastic participation in social activities, including their famous “Porch Parties”.

Jean moved to Santa Rosa, CA, six years after the death of her husband, and had the good fortune of meeting many fine bridge players in the Oakmont neighborhood where she settled. It was said she never met a bridge game she didn’t like, even if she didn’t win as often as she wanted.

In addition to her parents, Jean was preceded in death by her sister, Margery Lynch Guerry; her middle son, John Mitchell Lynch Watson; and her cherished “Mac”, George E. McWhorter.

As Jean had become “bi-coastal” in her life’s concluding chapter, memorial services will be held in Santa Rosa, CA, and in Monterey, VA. On Saturday, September 2, a “Bon Voyage” celebration will be made at her home in Oakmont, CA from 1PM to 5PM. Her final ceremony will be held 11 a.m., Saturday, September 16, 2017 at the Monterey Presbyterian Church with Pastor Mary Robinson officiating.  A period of viewing will be offered for those wishing to pay their respects one hour prior to the service, also at the church.  Interment will follow in Monterey Cemetery.

In recognition that Jean also never met a party she didn’t like, the observance will conclude with a reception and an opportunity to meet with the family at the Highland Inn, where libations and light fare will be served.

American Society for the Prevention of Cruelty to Animals
Web: https://www.aspca.org/

To order memorial trees or send flowers to the family in memory of Jean McWhorter, please visit our flower store.