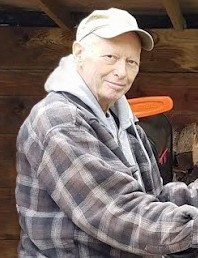 John Tildon Haines, age 74, of Monterey, went to be with his Lord Friday, May 24, 2019 at his home following a well fought battle with cancer.

He was born February 24, 1945 in New Mexico a son of the late Aubrey Tildon and Juanita Ruth (Harris) Haines.

He enlisted in the Navy and served 4 years before transferring to the Coast Guard, ultimately John served in the military for 24 years, including 2 tours in Vietnam and was honored to serve in Ronald Regan inaugural security detail.  Following his military retirement in 1989, John worked in the private sector as a military contractor, and though much of his work was classified and time-consuming he enjoyed the time with his children when he would bring them along on his trips to Arlington, Maryland, Quantic Marine Base and other military sites.

Additionally, John enjoyed wood working, working with his hands, helping others (especially the ride share program) and was a passionate Washington Redskins fan – his children will forever recall his screaming “Go BABY GO!” on Sunday afternoons.  John also loved Highland County and the people there as well, referring to it as “God’s country” and insisted on remaining there throughout his illness.

John leaves us with the memories of a selfless man that found joy in helping others, a man that faithfully served his country with honor, a man of chivalry, who made sure his son knew how to be a gentleman, but the memories most treasured belong to his children who knew him as a wonderful and loving father and their best friend.

Surviving family members include his daughter, Andrea Catherine Guifarro and husband, Jeovany; his son, Chad A. T. Haines and wife, Jolayne; a grandson, Christopher Josue Guifarro-Aguilar; as well as his sister, Sharon Luster and husband, Larry.

In lieu of flowers memorials contributions may be made to VPAS - Highland Senior Transportation Program, PO 117, Monterey, VA 24465.

To order memorial trees or send flowers to the family in memory of John Haines, please visit our flower store.