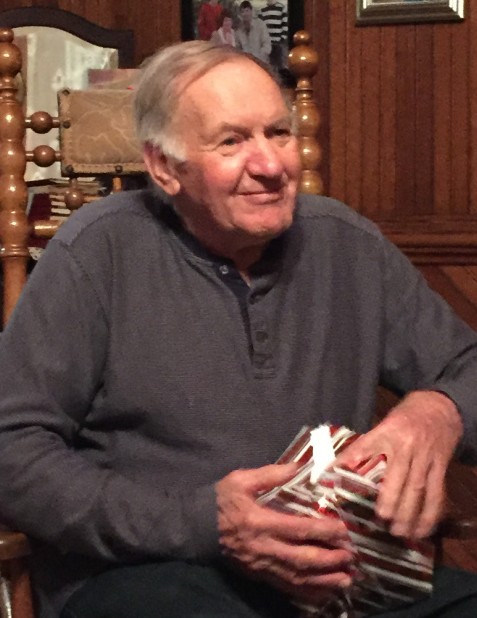 A farmer, June was the fourth generation to operate the Swecker family farm in Blue Grass. Previously working at Aileen, he will be remembered as a “mechanical genius,” always trying to improve the efficiency of jobs and tasks at hand, as well as holding many patents.

He was a devoted husband and father, who loved to spend time with his grandchildren as well as Sunday dinners and drives. Above all, he will be remembered as a caretaker to all his family.

In addition to his wife of 58 years, Toby, he is survived by his son, Christopher John Swecker and wife, Tammy of Blue Grass; brother, Harry W. Swecker of Staunton; sister, Donna Blank of Harrisonburg; four grandchildren, Caleb and Holden Swecker and Adam and Molly Mobley; as well as numerous nieces and nephews.

He was predeceased by brothers, Randolph and Richard Swecker; and sisters, Charlotte Louise Arbogast, Edith Virginia Swecker and Jo-Ann Swecker.

A funeral service will be held at 11 a.m. Saturday, May 25, 2019 at Blue Grass United Methodist Church with the Rev. Andre Crummett officiating. Burial will follow in Blue Grass Cemetery.

Honorary pallbearers will be friends and neighbors in attendance.

To order memorial trees or send flowers to the family in memory of John "June" Swecker Jr., please visit our flower store.