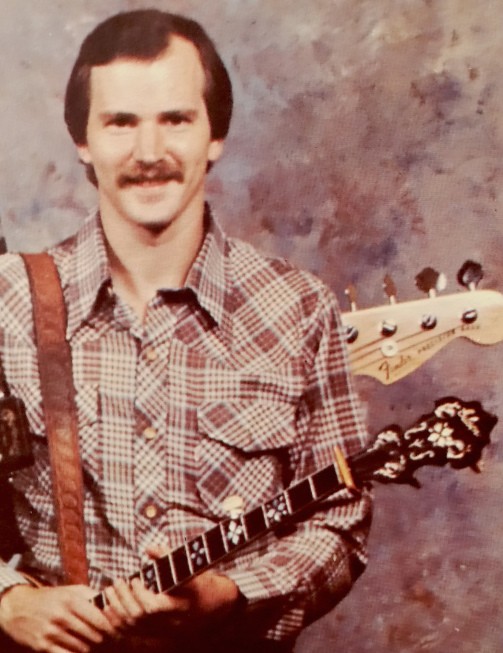 He was born in Arlington on November 4, 1956, son of Ruby Swicegood Wheeler and the late Joseph William Wheeler Jr.

A Highland County resident for over 30 years, he was a gifted musician playing banjo, pedal steel guitar, guitar and bass. Originally from Herndon, he was a foundational member of numerous Washington, DC area bluegrass groups including those of Benny and Vallie Cain, Cliff Waldron, Dave Vernon and Leon Morris. With his father, Joe, he formed his own recording studio, publishing house and record label. He was banjoist, recording engineer and producer of The Lonesome River Band’s first released record project.

A devoted lover of animals and the mountains of Highland County, he is survived by his mother, Ruby Wheeler of Herndon; two sisters, Sharon Duppstadt and husband, Page of Herndon and Linda Washburn of Boca Raton, Fla.; two nieces, Kate Tsonos of Baltimore, Md. and Kristen Cheslett-Rose of Devon, England; nephew, Mark Washburn of Huntsville, Al.; as well as his constant sidekick, Chief.

A memorial service will be held at a later date.

To order memorial trees or send flowers to the family in memory of Joseph "Billy" Wheeler III, please visit our flower store.