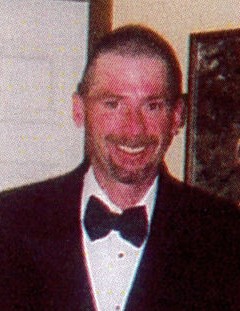 He was born Aug. 15, 1968 in Staunton, a son of Charles S. Puffenbarger of Staunton and Patsy L. Malcolm of Churchville.

He attended Lighthouse Church. He was a self-employed brick and block mason. He was a fun loving person who would do anything for anyone. He liked to fish, hunt and help around the house and he loved his family.

He was preceded in death by a brother, Ray Malcolm and an infant sister, Martha Puffenbarger.

A funeral service will be conducted at 2 p.m., Thursday, March 3, 2011 at Obaugh Funeral Home in McDowell with Rev. Harold Wade officiating. Burial will be in Green Hill Cemetery.

To order memorial trees or send flowers to the family in memory of Junior Puffenbarger, please visit our flower store.