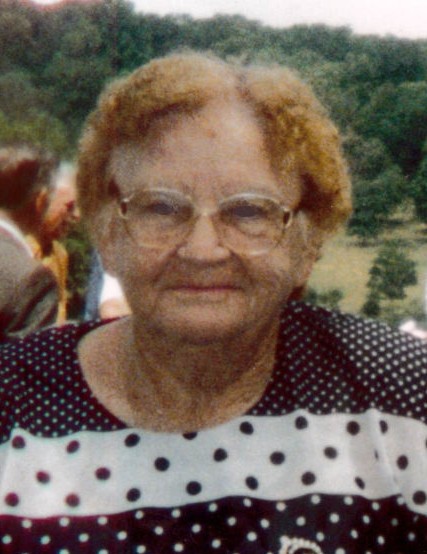 She was born Jan. 16, 1926 in Hightown, a daughter of the late Charles Wilbur and Maude Regina (Simmons) Moyers.

Mrs. Hise was a member of Hightown United Methodist Church. She was a homemaker and farmer. She loved the outdoors, especially working along side her husband and son. She was a very caring and giving person, who treated everyone like family.

She was also predeceased by four brothers, Bob, Harry, John, and Jesse Moyers and a sister, Blanche Gunnoe.

She is survived by a son, Stephen Hise of Hightown, and a number of nieces and nephews, who were very close to her.

Burial was in Hightown Cemetery.

Honorary pallbearers were attending the service.

To order memorial trees or send flowers to the family in memory of Kate Hise, please visit our flower store.