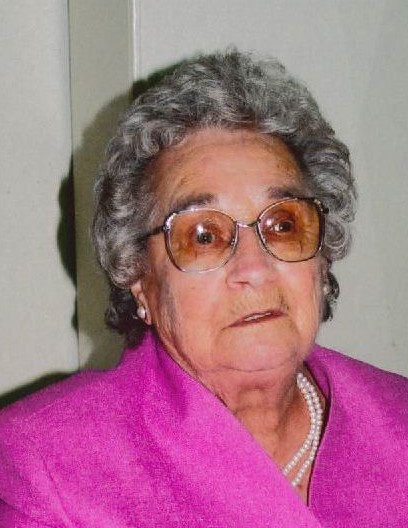 Lalie V. Beverage, 87, of Monterey, died Sunday, July 29, 2007 at Augusta Medical Center. She was born March 18, 1920 in Highland County a daughter of the late Luther and Eva Lena (Eckard) Varner.  On October 2, 1937, she married James Lawrence Beverage, who preceded her in death on July 5, 2002.  She was also predeceased by two sons, Porter and Rodger Beverage.

Mrs. Beverage was a homemaker.  She was a member of Seybert Chapel United Methodist Church.

She is survived by a daughter, Thelma Chestnut and her husband, Lowell of Woodbridge; two sons, Berlin Beverage and his wife, Margaret of Monterey, who provided her with much good care and James Beverage of Churchville and special friend, Jan Selzer of Staunton; seven grandchildren; twelve great-grandchildren; a sister, Reba Gum of Richmond; two brothers, Jake Varner of Staunton and Robert Varner of Stuarts Draft and a number of nieces and nephews.

A funeral service will be conducted at 11 a.m., Thursday, August 2, 2007 at Obaugh Funeral Home in McDowell by the Rev. Mark Davis.  Burial will be in Beverage Memorial Cemetery.

Honorary pallbearers will be the grandchildren and friends attending the service.

The family will receive friends from 6 to 8 p.m. Wednesday at the funeral home.

To order memorial trees or send flowers to the family in memory of Lalie Beverage, please visit our flower store.