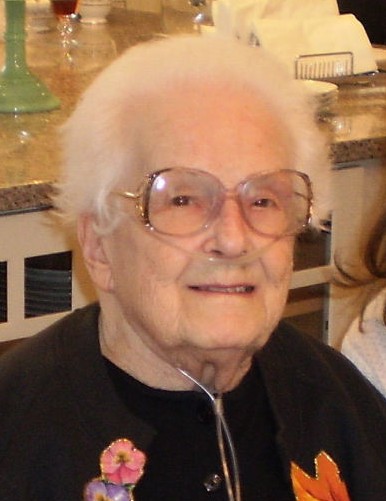 Mrs. Hammer was a lifelong active member of Blue Grass United Methodist Church, where she taught children’s Sunday school for many years. She received her bachelor of science degree from Madison College. She was a favorite schoolteacher of many, having taught in Augusta and Highland counties, and in 1971 retired from Highland High School. She had served on Highland Weekday Religious Education Council. Mrs. Hammer lived a life of serving and putting others first.

She is survived by two daughters and sons-in-law, Nancy and Charles Waybright of Huddleston and Jeanie and Larry Whitecotton of Blue Grass; four grandchildren and their spouses, Jennifer and Tim St.Clair of Troutville, Chad and Erin Waybright of Salem, Travis and Janla Whitecotton of Stuarts Draft, and Karen and Michael Sweeney of Amissville; and eight great-grandsons, Zachary, Tyler, Nathan, Lucas and Andrew St.Clair, Chase and Conley Waybright, and Mason Sweeney.

Burial was in Blue Grass Cemetery.

In lieu of flowers, Mrs. Hammer requested that memorial contributions be made to any Highland County charitable organization.

To order memorial trees or send flowers to the family in memory of Martha Hammer, please visit our flower store.