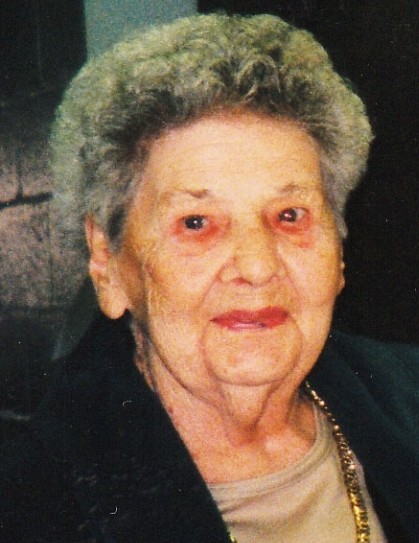 Mary Siron Armstrong, 94, of McDowell passed away, Sunday, May 9, 2010 at her home.  She was born February 18, 1916 at McDowell a daughter of the late Howard and Sarah Elizabeth (Armstrong) Siron.

On December 18, 1945, she married Luther “Brown” Armstrong who preceded her in death on April 18, 1980.  She was also predeceased by three sisters, Martha Brown, Cornelia Carter and Hattie Siron; three brothers, Gilbert, Joe and Garth Siron and a son-in-law, Dale Beverage.

A funeral service will be conducted 1 p.m., Wednesday, May 12, 2010 at Obaugh Funeral Home in McDowell with the Pastor Beth Pyles officiating. Burial will be in McDowell Cemetery.

The family will receive friends from 6 to 8 p.m. Tuesday at Obaugh Funeral Home.

To order memorial trees or send flowers to the family in memory of Mary Armstrong, please visit our flower store.