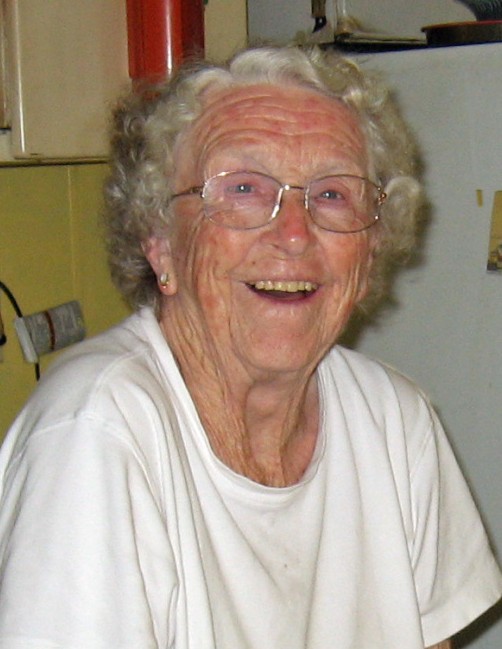 She was born October 7, 1923 in Moyers, WV., a daughter of the late William Frank and Betty (Moats) Cayton. On May 26, 1947 she married Russell Benjamin Varner, who preceded her in death on February 18, 2000. They were members of Monterey United Methodist Church.

Mary worked at Aileen, Inc. for many years and later as a cafeteria and janitorial aid with Highland County Public Schools. She was well known for her sewing skills and her delicious hickory nut cake. Mary was particularly fond of cutting her grass, tending her garden, needlework, and splitting wood. Above all, her greatest joy was spoiling her grandchildren and great-grandchildren.

In addition to her parents and husband, she was predeceased by a sister, Leta Niswander; brothers, William “Bill” and Gene Cayton; and son-in-law, Edison McDaniel.

A Memorial Tree was planted for Mary

To order memorial trees or send flowers to the family in memory of Mary Varner, please visit our flower store.