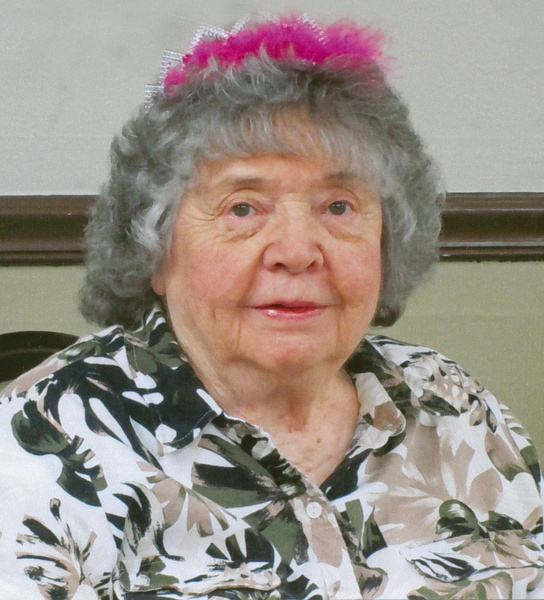 Matie Catherine Rexrode, 92, of Avante At Waynesboro and formerly of Highland County, passed away Wednesday, June 14, 2017 at Augusta Health in Fishersville.

She was born June 11, 1925 in Highland County, near Monterey, the daughter of the late Charles D. and Minnie Catherine (Simmons) Gum.

She married Walter Martin Rexrode, who preceded her in death on March 26, 1993.

Mrs. Rexrode was a member of the former Forks of the Water United Brethren Church. Mrs. Rexrode lived most of her life in Highland, until 1990 when she moved to Franklin, W.Va. to be closer to her work. She had worked for Connie Sportswear for close to 21 years, Hanover Shoe Company for several years, as well as a salesperson for Blair Company, which she enjoyed very much. Additionally, Mrs. Rexrode did a lot of work for the elderly, which brought her much pleasure as she loved to help people.

She was preceded in death by five brothers and two sisters.

Matie is survived by a son, Lynn Martin Rexrode of Franklin, W.Va.; a daughter, Carol June Leach and husband, Johnnie of Waynesboro; two beloved granddaughters, Teresa Dawn Fitzgerald and husband, Blaine of Mount Sidney and Sara Lynn Wood and partner, Jay Nitz of Waynesboro; great-grandson, Scott Fitzgerald of Blacksburg; two great-granddaughters, Amanda Fitzgerald of Waynesboro and Logan Wood and fiancé, Pablo Aguirre of Stuarts Draft; a sister, Dorothy Hedrick of Blue Grass; a number of nieces and nephews, including Dianne Whetzel of Franklin, W.Va., who was very helpful to Matie; special friends, Ethel Murphy and son, Anthony as well as Timmy Bennett and mother, Betty, who were like family.

A funeral service will be held, 11 a.m., Monday, June 19, 2017 at Obaugh Funeral Home with Rev. Dave Boger officiating. Burial to follow in the Blue Grass Cemetery.

To order memorial trees or send flowers to the family in memory of Matie Rexrode, please visit our flower store.