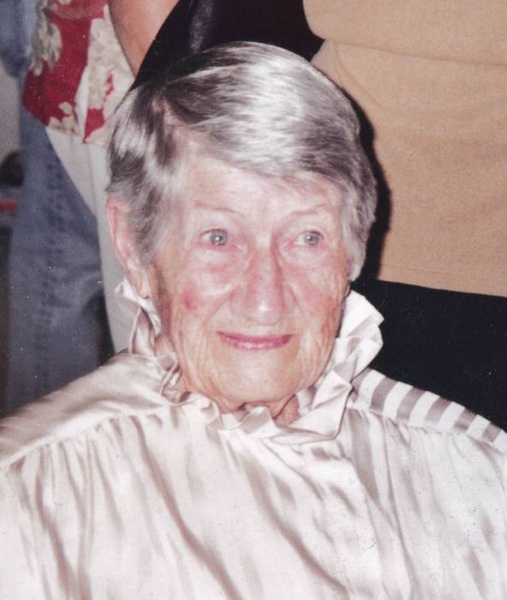 Myrtle Armstrong, 95, of Pendleton Manor in Franklin, WV and formerly of Moyers, WV died Tuesday, March 11, 2008 at Rockingham Memorial Hospital.  She was born December 14, 1912 at Moyers, WV a daughter of the late David Eli and Ethel (Stover) Armstrong.

She was a homemaker and had retired from Western State Hospital as a nurse’s aide.  She was a member of St. John Lutheran Church and the homemakers club in Sugar Grove, WV.

She was preceded in death by a sister, Virginia Woomer, and three brothers, Paul, Jack and Leroy Armstrong.

She is survived by a daughter, Doris “Sis” Douglas of Staunton; a son, Robert J. Armstrong of Moyers, WV; four grandsons, Barry and Craig Armstrong and David and Victor Douglas; five great-grandchildren; two step-great-grandsons and a sister, Hannah Graham of Clinton Township, MI.

A funeral service will be conducted at 2 p.m., Friday, March 14, 2008 at Obaugh Funeral Home in McDowell by the Rev. Craig Richter and Rev. Wendy Richter.  Burial will be in St. Paul Cemetery.

Active pallbearers will be grandsons and great-grandsons.

The family will receive friends from 6 to 8 p.m. Thursday at the funeral home.

To order memorial trees or send flowers to the family in memory of Myrtle Armstrong, please visit our flower store.