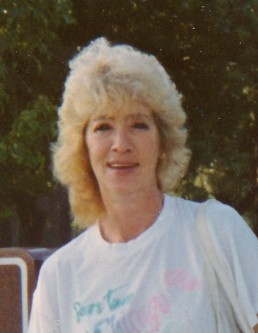 She was born January 9, 1942 at Naomi, W.Va., a daughter of the late Cecil and Catherine Vivetta (Wratchford) Faulk.

Sue was retired from Augusta Health after 29 years as a housekeeping supervisor. She was an avid reader and enjoyed puzzles and growing flowers. There was a special place in her heart for her little dog “Sid.”

In addition to her parents she was preceded in death by her husband of 29 years, Lenwood Sylvester Armstrong; one sister, Yavonne Kerns; and two brothers, Kenneth and Roy Lee Faulk.

She is survived by two daughters, who were her very special caregivers, and sons-in-law, Melinda and Justin Carter of Deerfield and Lisa and Curtis Gordon of Staunton; four sons and three daughters-in-law, Darryl and Lynnette Armstrong of Doe Hill, Les and Debbie Armstrong of New Hope, Benny and Stephanie Armstrong of Middlebrook and Tracy Armstrong and fiancée, Keisher Moser, of Staunton; six sisters, Doris Pettry, Lou Simmons, Norma Simmons, Pam Buckland and husband, Donald, Wanda Browning and, husband, Jackie and Debbie Webb and husband Rick; a brother, John Faulk and wife, Billie; 14 grandchildren; and 11 great-grandchildren.

A memorial service will be held at New Vision Church, 23 Wayne Ave., Stuarts Draft on Saturday, July 29, 2017 at 5 p.m. with the pastor Darrell Via officiating.

To order memorial trees or send flowers to the family in memory of Nancy "Sue" Armstrong, please visit our flower store.