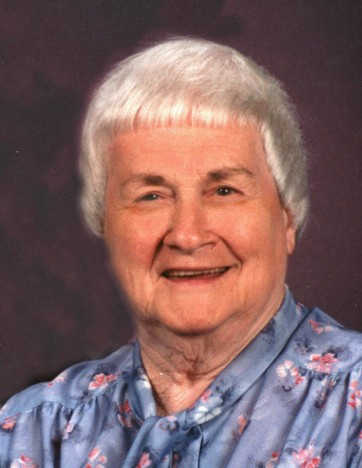 She was born May 2, 1921 in Cincinnati, Ohio, a daughter of the late Arthur Carl and Nellie Elizabeth (Sigler) Holtman.

Nellie graduated nursing school in Baltimore, Maryland in 1941 and enjoyed a long career at Norfolk General Hospital. After retirement, she and husband, Henry Duland Brown, moved to the Back Creek area of Highland County. Nellie became very involved with Green Hill United Methodist Church, playing the organ each Sunday well into her 90’s. She also created beautiful counted cross stitch and other hand-crafted items that she would sale from her booth, alongside Henry’s wood-working booth at the annual Highland County Maple Festival. She also enjoyed her many dogs and cats over the years, never passing up a chance to pet a dog. Above all, she will be remembered as a loving wife, mother, grandmother, and good friend to many.

In addition to her parents and husband, she was predeceased by a sister, Marie Holtman Wallace; and brother, Fredrick Holtman.

A memorial service will be held at a later date, where Nellie’s ashes will be spread next to her beloved husband’s ashes.

A Memorial Tree was planted for Nellie

To order memorial trees or send flowers to the family in memory of Nellie Brown, please visit our flower store.