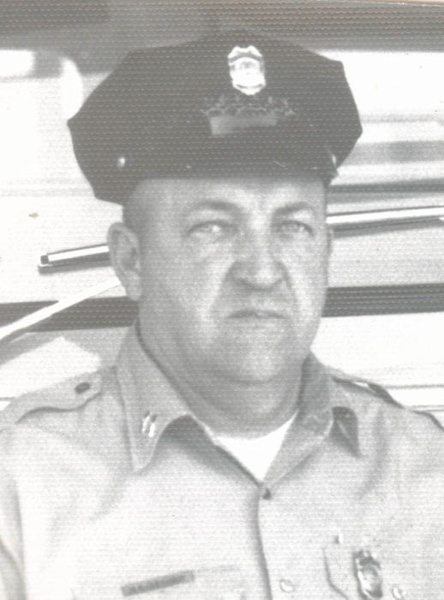 He was a retired Captain with the City of Staunton Fire Department after 21 years of service and had also worked at the Homestead, Atkins Automotive, Reid’s Grocery Store, Staunton Steam Laundry and several service stations in Staunton.  He was a member of Bethany Presbyterian Church.  He loved the outdoors, was an avid deer hunter, fisherman, backyard gardener and loved bird-watching and feeding the squirrels.

He was preceded in death by a sister, Chloe Miller and an infant sister, Dorothy Chestnut.

Mr. Chestnut is survived by his wife, Joy (Sively) Chestnut, whom he married May 13, 1953; two daughters and sons-in-law, Deana and Chester Riley of Fishersville and Dawn and Thomas Atkins of Grottoes; two granddaughters, Jennifer and Pete Vames and Amber Atkins; a grandson, Dakota Riley; five sisters, Lois and  Jimmy Cauley, Virginia and Lonnie Martin and Caroline Pritt, all of Warm Springs, Nora and Homer Simmons and Emmie and Jimmy Gillispie, all of Hot Springs; four brothers, Rodney, David, Berlie and Annabelle and Carl and Joy Chestnut, all of Hot Springs and a host of nieces and nephews.

A funeral service will be conducted 11 a.m., Saturday, February 7, 2009 at the Mountain Grove United Methodist Church with the Rev. Donald Lee Altizer and Rev. Richard Boyer officiating.  Burial will be in Mountain Grove Cemetery.

The family will receive friends one hour before the service at the church.

To order memorial trees or send flowers to the family in memory of Nelson Chestnut, please visit our flower store.