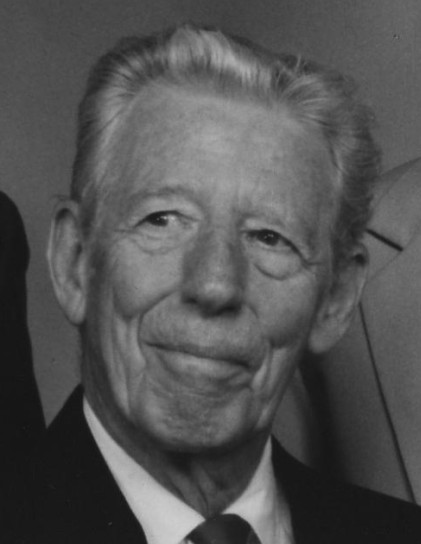 He was preceded in death by a sister, Mary Lou Boal of Tyrone; and a brother, Richard “Dickey,” who died in infancy.

On May 30, 1940, he married Thelma Ruth Wilson of Tyrone, who passed away in 2001. He is survived by three children, Nevin W. Davis and wife Judith Ann of Williamsville, Bruce K. Davis and wife Terry, Christine C. Tate of Bellefonte, Pa.; and three granddaughters, Melissa Weeks of Fort Lauderdale, Fla., Alexis Clouse and husband, Kyle, and Amelia Tate of Bellefonte, Pa.

During the Second World War, he worked in the car shops of the Pennsylvania Railroad in Altoona, Pa. Mr. Davis attended Penn State University and was instrumental in the startup of Nittany Scientific Service, now Scientific Systems Inc. of State College. He was an avid caver and enjoyed many outings with his family and friends to explore the wild caves of Pennsylvania and Virginia. Mr. Davis was one of the original incorporators of the Butler Cave Conservation Society Inc., the first cave conservation organization in the USA. In 1970, he and Thelma relocated to Virginia and took over a post office and general store for the town of Williamsville. His skill as a fine tool and die maker lent well to a hobby that he nurtured into a business, Multi-cut Gems. He was an avid reader, and an artist at heart, who loved creating beautiful gemstone jewelry.

After retiring, he and Thelma fulfilled a lifelong dream of traveling the world. His family is comforted by the thought of his returning to her, the love of his life.

Memorial contributions can be made to the Butler Cave Conservation Society, 4025 Mount Zion Road, Blacksburg, Va. 24060.

To order memorial trees or send flowers to the family in memory of Nevin Davis, please visit our flower store.