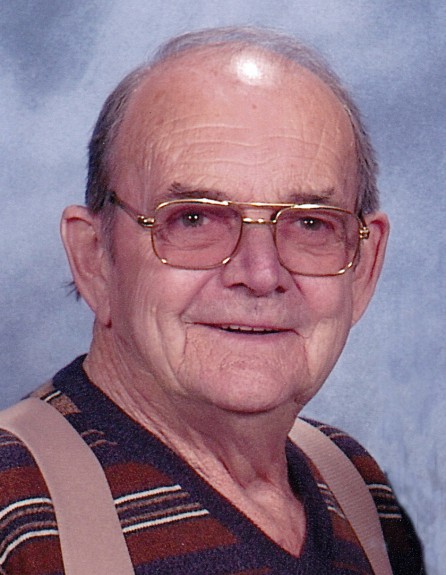 Omar “Tinker” Hamilton King, 82, of Vanderpool, passed away Wednesday, September 19, 2018 surrounded by family at his home.

He was born in Ararat on September 19, 1936 a son of Ruth (Hamilton) and Omar Savannah King.

Tinker was a member and deacon of Highland Baptist Church. He enlisted in the U.S. Army in 1954 serving until 1957. Upon returning home he started his multifaceted career as a commercial truck driver, logging over three million miles. He was superintendent on many construction jobs, always mentioning that one of his most proud accomplishments was installing the interstate signs during the construction of I-64 from Staunton to Richmond. Tinker could operate any type of machinery for any job, many would say he was a “jack of all trades, master of many.”  Tinker finished his working career as a school bus driver for Highland County Public Schools.

Tinker will always be known as a professional conversationalist. He enjoyed his coffee breaks and “novel conversations” at High’s Restaurant. Above all, he will be remembered as a loving husband, father, grandfather and friend to all.

In addition to his parents and wife, he was preceded in death by his eldest son, Kwinton King; an infant daughter; a brother, Thomas O. King and a sister, Betty Graham.

Tinker is survived by his daughter and her fiancé, Denise King and Bucky Smith; three sons, Terry King and wife, Vickie and Kirk King, all of Monterey and Darrin King and companion Stephanie West, of Bealeton; two grandsons, Eric King and wife, Kristen of Avon, Indiana and Aaron King of Monterey; three great-grandchildren, Avery, Dylan and Madison King of Avon, Indiana; a sister, Ruth A. “Becky” King of Richmond; as well as several nieces and nephews.

A graveside service will be held at 2 p.m., Sunday, September 23, 2018 at Monterey Cemetery with the Rev. Mark Davis officiating.

The family will receive friends 6-8 p.m. Saturday, September 22 at Obaugh Funeral Home. At his request, the casket will be closed.

In lieu of flowers, memorial contributions may be made to Highland Baptist Church, 302 Jackson River Road, Monterey, Va. 24465; or to a charity of your choice.

To order memorial trees or send flowers to the family in memory of Omar "Tinker" King, please visit our flower store.