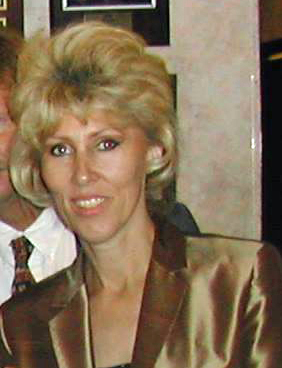 Trisha attended Southern Adventist University, earning an RN degree and then a BSN.  She also earned her Masters in Nursing, the ARNP degree from Andrews University.  Trisha lived most of her life in the Orlando Florida area, working at Florida Hospital in several capacities, most recently as a Nurse Practitioner for Florida Hospital Cardiology Group.  Additionally, Ms. Morgan was a member of Forest Lake Seventh-Day Adventist Church, Apopka, Florida.

Trisha was preceded in death by a brother, Paul Michael Morgan, and a nephew, Levi Morgan Pierce Armstrong.

Memorial donations may be made to The Adventist Development and Relief Agency, 12501 Old Columbia Pike, Silver Spring, MD 20904 or online at https://adra.org/donate/

Patricia Jo Morgan was born November 17, 1958 in Los Angeles California.  The family moved in 1960, to Willowdale, a suburb of Toronto, Ontario Canada, and then to Oshawa, Ontario, Canada in 1961.  The grade-school years, spent in Oshawa, were very important to Trisha, and many lifelong friendships were formed in those years.  When the family moved to Orlando Florida in 1973, Trisha spent two years at Forest Lake Academy, but went back to Kingsway, in Oshawa, to graduate from high school with her Canadian friends.

Trisha lived most of her life in the Orlando Florida area, working at Florida Hospital in several capacities, most recently as a Nurse Practitioner for Florida Hospital Cardiology Group.  She had many accolades for her work, and was loved by her patients and doctors alike.

People will remember that Trisha was brilliant.  Her scholastic history shows her brilliant mind, but she was more than that.  She was brilliant in appearance, brilliant in personality, and brilliant in her ability to touch people.  She was the glitter bomb that went off in the room, and we all have that sparkly dust on our shoulders, in our lives, and in everything we do from now on because of her.

Our family has suffered great loss, more than we could bear without our faith and strong belief that our loved ones will be reunited with us someday.  We know that the kindness of our Father's love holds Trisha's life and her troubles in balance, and His perfect salvation belongs to all of us.  We hold tightly to the promises that strengthen our hearts and give us daily reassurances, and we look forward, every day, to Jesus return, when our family will be whole again.

To order memorial trees or send flowers to the family in memory of Patricia "Trisha" Morgan, please visit our flower store.