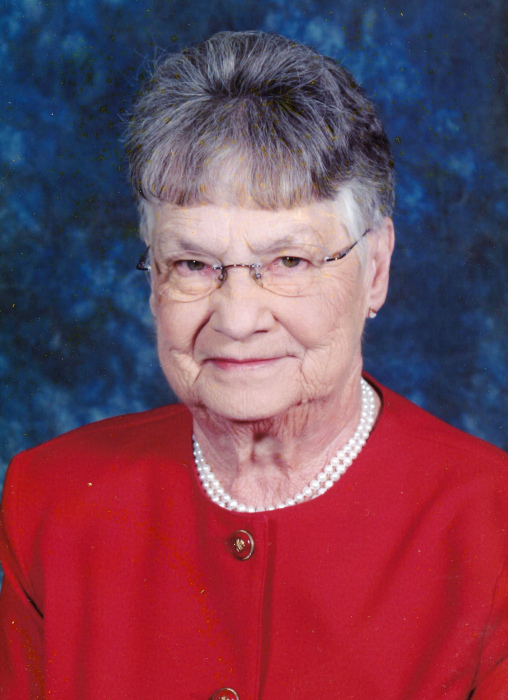 She was born June 24, 1928 in Highland County, Va., a daughter of the late Mary Bryd (Ervine) and Joseph Loy Mitchell.

A quiet, caring and listening woman, Mrs. Crigler was raised in the mountains of West Virginia in a small farming community called Sugar Grove. Most people who met her said she was very pleasant.

When Phyllis was younger she had a classic way of dressing and hubba, hubba what legs! Also in 1945 she played high school basketball. A sports fan, she wouldn’t miss an Atlanta Braves game and enjoyed watching the Washington Redskins play.

While in high school, she was a live-in nanny for a family in Franklin, WV. After high school she enrolled in a business college in Washington, D.C. While living there she met and married Sidney Harold Bost. They had three daughters together, eventually they divorced. On January 22, 1974 she remarried her high school sweetheart, Charles Crigler, returning to her childhood home in WV to care for her aging parents. She and Charles owned an auto body shop where she worked as a bookkeeper and part time at the United States Post Office in Brandywine, WV. Charles had three children from a previous marriage, which she viewed as her own.

Mrs. Crigler loved to cook and Thanksgiving was her favorite holiday; she found great joy in having all her family together.

In 1995 her husband Charles passed away from a heart attack. Shortly after she was involved in a very serious automobile accident and moved in with family for a year of recovery, ultimately moving to Charlotte to be closer to her family. She went to work for a home decor store and eventually Dollar Tree in Tega Cay, SC. She enjoyed her work and thrived on being valued. Wherever we went there was usually someone that would recognize her, which made her smile.

Mrs. Crigler was a very reserved woman. It was a blessing to her to have made a dear friend, Betty Ann Stone, at Lake Wylie Baptist Church. Betty could get her to do things most people couldn’t. They went with the Women’s Sunday school class to the beach and loved to eat out. One day Betty showed up at the door in her bathrobe; Bruster’s ice cream was giving away free ice cream to anyone who showed up in a bathrobe so off they went.

As her health and memory started to fade, she eventually went to an assisted living facility. At first she was very troubled about the fact she couldn’t remember but as her condition progressed she was finally able to relax into it. She could finally be herself. Towards the last she became unsettled and would usually talk about catching the bus and going home. She’s finally home.

In addition to her parents, she was preceded in death by her husband, Charles; and step-sons, Leon Crigler, and Charles Allen “Charlie” Crigler and his wife, Debbie; and daughter-in-law, Betty Crigler.

To order memorial trees or send flowers to the family in memory of Phyllis Crigler, please visit our flower store.