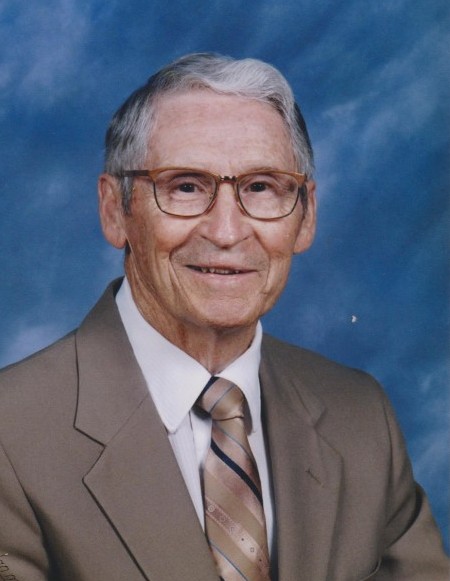 Reverend Richard Gibson, 95, of Richmond and formerly of Mill Gap, passed away Thursday, December 20, 2018 at Symphony Manor of Richmond.

Following high school, he joined the CCC and from there was employed as a steel factory worker until being called into ministry. Mr. Gibson attended and graduated from West Virginia Wesleyan College and went on to complete his seminary work at Temple University. Rev. Gibson pastored numerous churches in West Virginia, Delaware, as well as Maryland, where he oversaw the construction of the new Atlantic United Methodist Church in Ocean City, Maryland. At the age of 62, Rev. Gibson retired and relocated to Mill Gap, there soon after he was contacted by the UMC and asked to preside over the Blue Grass UMC charge, position that he retained for 11 years.

Rev. Gibson loved to hunt, especially turkey and was a master gardener. He enjoyed gospel music and playing his guitar with the “Mill Gap Ramblers”. He will be remembered as someone who devoted his life to others, but above all being a devoted husband, as well as a loving father and grandfather.

In addition to his parents, he was preceded in death by his wife of 68 years, Gertrude Lousie (Judy) Gibson, on April 17, 2015; grandson, Richard William “Willie” Brown, as well as two sisters, Lilly “Polly” Westfall and Betty Lewis.

Rev. Gibson is survived by his son and daughter-in-law, John Charles and Penny Gibson of Powhatan; daughter, Katherine Gibson of Bridgewater; brother, Robert Gibson of Lexington, N.C.; as well as sisters, Helen Riffle of Rock Cave, W.Va. and Mildred Lewis of Summersville, W.Va.

A funeral service will be conducted 2 p.m., Sunday, December 23, 2018 at Obaugh Funeral Home in McDowell with the Revs. Andre Crummett and C. William “Bill” Cox officiating. Interment will follow in Green Hill Cemetery.

Friends in attendance will serve as honorary pallbearers.

To order memorial trees or send flowers to the family in memory of Reverend Richard Gibson, please visit our flower store.