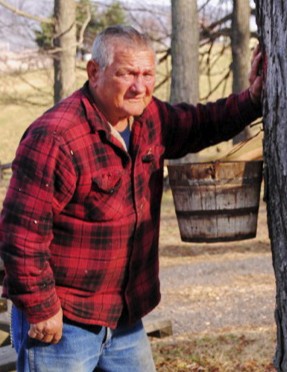 MONTEREY Richard Leon Hicks, 68, peacefully passed away, Tuesday October 8, 2013 surrounded by his family at the University of Virginia Hospital as a result of a stroke.

He was born in Mustoe, April 2, 1945 the first son of Mercedes Hicks of Surprise, Az. and the late Dolphus Hicks and was raised by his grandparents, the late Cleveland and Lottie Corbett.

Richard worked in construction all up and down the east coast; logged and farmed all his life. He was an avid outdoorsman, loving all nature. He enjoyed feeding and watching all the wild critters. He also loved watching old western movies daily. He was loved by many and was known to help anyone out, many would say "he'd give the shirt off his back." He loved his family and friends very much.

He was predeceased by his grandparents, dad, brother Donnie Hicks and granddaughter Selena Chestnut.

Honoring his final wishes his body will be cremated and there will be a private memorial at a later date.

To order memorial trees or send flowers to the family in memory of Richard Hicks, please visit our flower store.