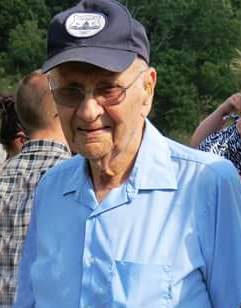 Mr. Cook was a graduate of Circleville High School, where he played varsity baseball and was a standout basketball player.  Following graduation he enlisted in the U.S. Navy, was honorably discharged in January of 1950 and went on to reside outside of Washington, D.C. working as a carpenter. There in Washington he met Phyllis and soon after the two married in November of 1952.   Mr. Cook retired a sergeant with the Metropolitan Police Department of Washington, D.C., but will be remembered more as a “Jack of all trades” and handy man by those that knew him.  Mr. Cook was a member of Annapolis Masonic Lodge No. 89 A.F. & A.M., former member of Prince George's County Elks Lodge, as well as member of Circleville Presbyterian Church.

In addition to his wife and parents, Mr. Cook was predeceased by a daughter, Darlene Cook; and most recently his brother, Marshall Lawrence “Larry” Cook.

A funeral service will be conducted 11 a.m., Monday, December 12, 2016 at Circleville Presbyterian Church with the Rev. C. William “Bill” Cox officiating . Burial will follow in the Rhymer-Calhoun Family Cemetery.

Following the committal service the family will return to the church to receive friends during a time of fellowship and refreshment.

Extended family and friends in attendance will act as honorary pallbearers.

To order memorial trees or send flowers to the family in memory of Robert Cook, please visit our flower store.