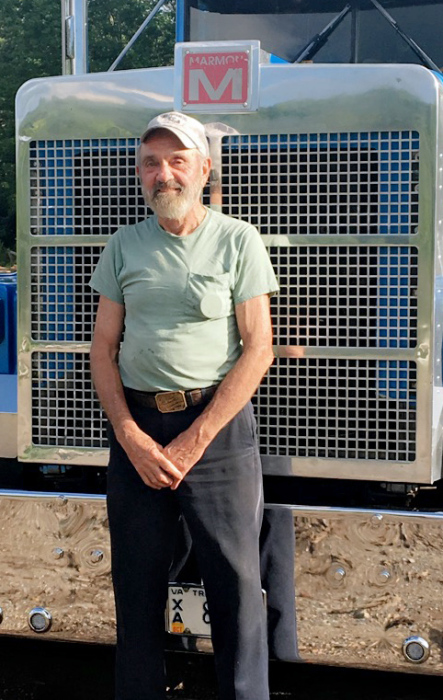 He was born in McDowell on July 26, 1941, a son of the late Robert Edward and Geneva Frances (Simmons) Neil.

Bobby was raised, baptized and held membership in McDowell Presbyterian Church, and in recent years enjoyed attending services at McDowell United Methodist Church.  A seasoned truck driver with 65 years’ experience and owner of Neil’s Trucking, Bobby will be remembered as prominent figure within the trucking industry and a legend to many.  He began his trucking career at the age of 15 driving for his father’s sawmill and soon thereafter purchased his own trucks and began his own company.  He was very passionate about his chosen industry and took great pride in helping not only his children, but many others begin their trucking careers.  Throughout the years he won countless awards at truck shows and on Sept. 23, 2017 was presented the golden achievement award by the American Truck Historical Society.  Bobby was a charter member of the McDowell Volunteer Fire Department, enjoyed time spent cutting firewood and shared his love of the outdoors teaching his children and grandchildren to hunt.  He was known locally for his trademark western shirts, boots, belt buckles and was never seen without a hat.  Above all, Bobby Neil was a loving father, grandfather and pillar within his community, and will be remembered as a man that “cut his own path in life”.

In addition to his parents he was predeceased by a son, Wade Hamilton Neil, on February 5, 1971; his first wife and mother of his children, Gearldine Mae Neil; special step-grandchildren, Dustin Lee Parrish and Kaitlyn Yancey; as well as his beloved dog and best friend, Charlie.

A funeral service will be held 2 p.m., Sunday, August 18, 2019 at Obaugh Funeral Home with the Revs. Dave Boger and Walt Westbrook officiating.  Committal will follow in New Salem (Shumate) Cemetery.

The family will receive friends 6-8 p.m. Saturday, August 17 at the funeral home.

Honorary pallbearers will be friends and neighbors in attendance.

To order memorial trees or send flowers to the family in memory of Robert "Bobby" Neil, please visit our flower store.