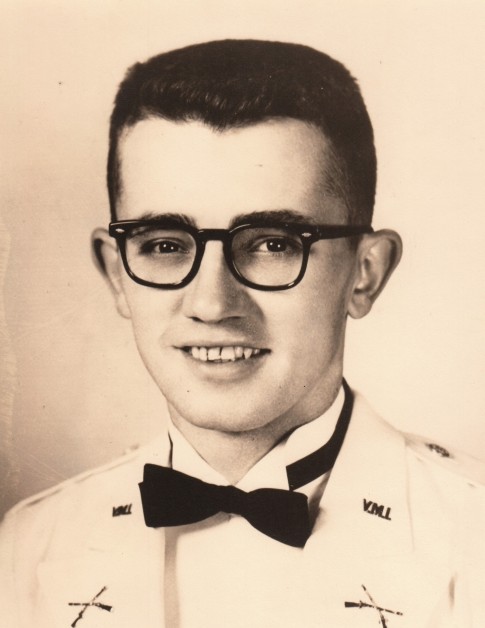 He was born April 19, 1934 in Norfolk, a son of the late John Conner and Louise Lamkin Atkeson.

Mr. Atkeson was a graduate of Virginia Military Institute, class of 1957, having earned a degree in civil engineering. He served as an officer in the U.S. Army from 1957 to 1978, during which time he was with Field Artillery, the 82nd Airborne, Special Forces and a liaison to the U.S. Air Force. After retiring as a Major, Mr. Atkeson enjoyed a second career as a professional civil engineer.

Mr. Atkeson was a member of Monterey Presbyterian Church and the Highland County Historical Society. He was an avid baseball player, photographer, and enjoyed crafting dollhouses as well as dollhouse furniture, which have been sold internationally.

In addition to his parents, he was preceded in death by a daughter, Katherine Louise Atkeson.

He is survived by his wife, Joan Marie Dorf Atkeson, whom he married April 3, 1958; a son and daughter-in law, John A. “Pete” and Kimberly Atkeson of Lexington, Ky.; a brother, John C. Atkeson Jr. and wife, Nanci of Clayton, N.C.; a sister, Betty A. Salley and husband, George C. of Hartfield; and numerous nieces and nephews.

A memorial service will be conducted 6:30 p.m., Saturday, Aug. 27, 2011 at Obaugh Funeral Home in McDowell with the Rev. C. William Cox and the Rev. Lester LaPrade.

The family will receive friends following the service and other times at the residence. Interment will be at Prospect Hill Cemetery in Flemington, N.J., which will be announced at a later date.

In lieu of flowers, memorial donations may be made to any of the numerous Highland County organizations or the American Cancer Society.

To order memorial trees or send flowers to the family in memory of Thomas Atkeson, please visit our flower store.